In the past decade, technology advances have focused on generating comfort for a few. However, academics and entrepreneurs are shifting the luxury trend in order to serve society as a whole.

Scientific research was never meant to stay on papers. Just as Lab-on-a-Chip devices true destiny is in poor communities in developing countries. Academics all around the world have worked with a Lab-on-a-Chip concept, imagining that the power of a state-of-art laboratory could fit in their pocket. Contrary to popular belief, engineers and scientist are highly creative people, otherwise, they wouldn’t be able to imagine complex micro-manufacturing of chips to make health testing easier.

Jules Verne, a French author, image a vehicle that could go underwater in “Twenty Thousand Leagues Under the Sea.” Years later, visionary scientists were able to make a submarine made true. The military industry propelled this and other innovations, but after the war, they have been able to serve in deep oceans explorations. Today’s battles are not fought on fronts but with corruption and poverty. 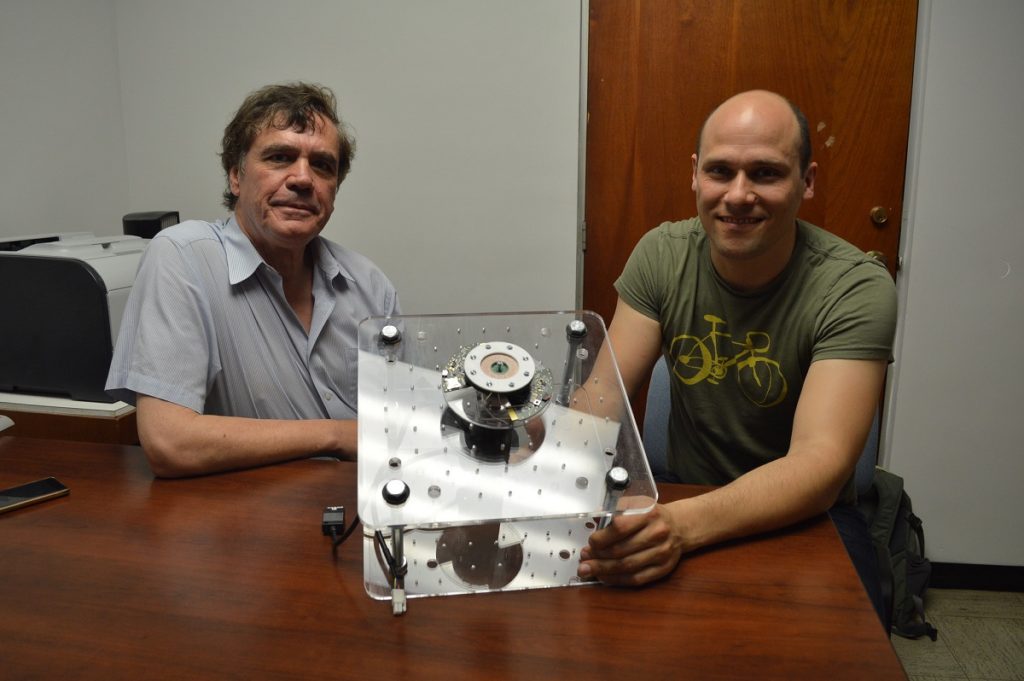 Lab-on-a-Chip is both a device and a sensor. By being a device the size of a human palm, transportation is made easier. But in order to work as a laboratory, sensors need to be attached to the micro canals of the device. Inspiration à la Verne was what made Marc Madou build a Lab-on-a-Chip in the size of a CD-Rom. The professor of University of California, Irvine and of Tecnológico de Monterrey (Mexico) realized that while predecessors have managed to create the device and the sensors, there was still a need to analyze the results of the tests.

Madou, along with his graduate students and fellow researchers managed to send information from a Lab-on-a-Chip to a nearby health center using a portable CD player. The shape of the Chip and the rotation of the once-popular music device was ideal to test a human being for multiple diseases while using one drop of blood. Taking this device to villages in Mexico and India that do not have a health clinic, Wi-Fi or electricity could be the answer to reducing infant related deaths.

Why hasn’t Lab-on-a-Chip become available already? According to professor Madou and his team in KIT (Germany), Tec (Mexico) and UCI (USA) is because each prototype takes money. Funding research is not as sexy or popular as funding Start Ups, but maybe the solution to a lot of the society’s issues. A win-win tactic that young researchers have taken is to make the devices as cheap and ecological as they can.

Prof. Roberto Gallo from Tec de Monterrey university showing prototypes of a lab-on-a-chip to American visitors. The Microfluidics Laboratory is run by Prof. Gallo and his colleagues of the Sensors and Devices research group. Credit: Monica Arreola

Lab-on-a-Chip can be created using biodegradable materials, for instance, carbon, that can be disposed right after its use. Also, the scientific community is investing in advanced materials to reduce device weight. If the Lab-on-a-Chip is easy to carry, then it can reach remote villages and populations without roads. Another key factor is the cost, doing two to four tests with one chip can abruptly reduce the investment in health care. And if the device costs less than a dollar the possibilities of reducing death by diarrhea in India and by diabetes in Mexico grow exponentially.

With the multi-factors explained above it becomes evident that the task of making Lab-on-a-Chip an everyday device is not easy. However, putting an emphasis on universal health care can be a daily fight. The current administration in the United States has underestimated and underfunded several health care programs. The impact on American citizens and refugees has been dramatically evident. The indirect impact of this thinking trend has permeated in the neighboring countries.

Mexico has a universal health care system for all citizens. Most procedures and medicines are free of charge while the rest is subsidized by the central government. Such a system offers a safety net for the poorest populations and larger families. This system is not enough. Doctors are overworked, lines for medicines and appointments can take hours, and the aisles can be full of patients on their way to surgery. A way to ease these issues can be with the help of devices, sensors, and software that are cheap and effective.

Lab-on-a-Chip is a promise made to humanity. And the only way of making it a reality is to debunk the myth that health is a privilege.

Mónica is a Public Relations professional and blogger. Over the course of the years, she has tackled topics as like violence and art in Latin America, scientific research, gender equality, and education trends. She holds a BA in International Relations (2013) and an MBA (2017). In 2017 she published her first ebook "Dobleletra" a series of poems in her native language, she is currently working on her second title “Sueñosmundanos.” Mónica creates editorial content for her academic job, but she switches gears doing standup, yoga, feminist blogging in Café Curie, and walking her baby dog, Nina .