Infertility is an ever-increasing public health concern. More than 70 million couples worldwide have experienced infertility issues at least once in their life. This number is one out of each six couples in Canada and Australia. In contrast to many other health concerns, such as Malaria and HIV/AIDS, that mostly affect low-resource settings, infertility is a much bigger concern in developed countries. Notably, in countries such as Canada, USA, UK, Australia, and those in the European Union, the current birth rate per family is far below the threshold of 2.1 to maintain their populations at current levels1. This low birth rate together with the rising trend of infertility point towards a significant aging problem in the near future, which is already a considerable concern for governments and policymakers around the world. Male and female partners each account for ~45% of infertility cases. In the case of male infertility, the issue arises from the incapability of sperm, as a microswimmer, to propagate through the microenvironment of the female reproductive tract to reach the egg and fertilize it. Sperm analysis and selection are crucial to male infertility diagnosis and treatment. However, current clinical methods for semen analysis are costly, and conventional sperm selection approaches are far from the natural process in vivo.

In the big picture, the male infertility problem faces three main challenges: improving the fundamental understanding of sperm motion, enabling at-home semen analysis, and developing automated sperm selection methods. Microfluidics has already shown promise for advances in all three aspects of male infertility, by developing simple and well-controlled platforms to study, analyze, or select sperm1,2. Microfluidic devices in either traditional channel-based formats or paper-based formats have been developed for male fertility. Traditional channel-based devices include micron-size features fabricated from PDMS, glass, or polystyrene, and provide geometrical precision to complete complex assays as well as excellent visual access for real-time observation. Paper-based devices include hydrophobic boundaries, such as wax, patterned in a paper, and enable automated fluid handling via capillary action in a simple and readily disposable platform.

Recent advances in microfluidics and on-chip microscopy have improved fundamental understanding of sperm motion in response to the physiochemical stimuli presented in vivo, and from both biophysical and biological perspectives. By closely mimicking the natural geometry of the female reproductive tract in a physiologically relevant environment, channel-based microfluidic platforms demonstrated the importance of surfaces and corners in guiding sperm. Sperm-surface interactions result in accumulation of sperm near surfaces and trigger the transition of the dominant swimming modes between 3D helical and 2D slither modes3. Not only sperm accumulate near the surfaces but also navigate along microchannel walls and corners4. Well-controlled microfluidic platforms have also enabled to understand the swimming behavior of sperm in response to flow and chemical gradients, relevant to those of the reproductive tract1. These swimming behaviors are highly relevant to the migration of sperm through the remarkably folded and confined lumen of the fallopian tube that narrows towards the egg, and provides microfluidic opportunities for sperm selection. 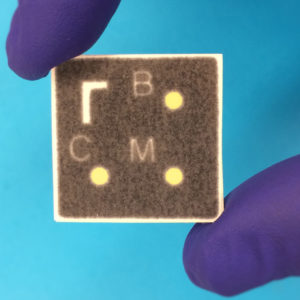 Semen analysis (to quantify sperm count, viability, motility, morphology, and DNA integrity) is the cornerstone of infertility diagnosis. However, most reliable methods for semen analysis are limited to clinical settings. Infertility is on the rise, so is the importance of and the need for at-home male fertility testing. Microfluidic platforms, in both traditional and paper-based formats, provide methods – with comparable sensitivity and accuracy as current practices – for at-home semen analysis5,6. Particularly in paper-based formats, these devices are simple, low-cost, and rapid alternatives for conventional testing that can be paired with cellphone-based applications to provide real-time quantitative information related to semen parameters. These platforms can reduce anxiety surrounding male fertility testing by enabling rapid and frequent at-home testing, offering unprecedented resolution over time and populations.

Sperm selection is crucial to the success of assisted reproduction, but current approaches are insufficient and prone to operator-error, resulting in sub-optimal pregnancy outcomes1. The major concern regarding current selection approaches is that they neglect to consider almost all natural barriers that sperm encounter in vivo.By leveraging the natural swimming characteristics of sperm in microconfined geometries that match the architecture of the female reproductive tract, microfluidic technologies have presented non-invasive opportunities for semen purification and high-quality sperm selection in manners that reflect the natural process7,8. These devices provide robust and rapid alternatives to clinical practices, by selecting human sperm with significantly higher DNA integrity than clinical practices.If transferred to clinics, this improvement in selected sperm quality is significant and can reflect positively on the success rate of infertility treatments worldwide.

Translation of microfluidic technologies into medical practice and consumer market is only beginning and faces many ongoing challenges. First, in many cases, the proof-of-concept experiments were conducted with donor samples, which are of much higher quality than patient samples. These microfluidic devices are mostly being developed in engineering labs with limited access to patient samples. Second, the user interface in these technologies still needs improvement to allow for robust and user-friendly sample collection and quantification methods. Particularly, with respect to semen analysis devices, to fully leverage the existing potential of the developed technologies and facilitate their rapid transition to the consumer market, the operating protocols of the device must be simple and relatively independent of the volume of applied sample. Third, to allow mass production, we need to shift the focus from rapid prototyping materials such as PDMS to more biocompatible materials such as polystyrene, glass, and paper. Taken together, at this critical time, to fully leverage the enormous potential of microfluidics for male fertility, microfluidic engineers, clinicians, biologists, and manufacturers need to collaboratively and closely work on related projects in all the steps through the projects, from initial conception to device development, and testing. This way many of the required considerations for mass production and application in clinics or by the end-users will be included in the technology from the beginning.

Dr. Reza Nosrati is an NSERC postdoctoral fellow in the Department of Chemical Engineering at Queen’s University. He received a B.Sc. from Amirkabir University of Technology (2007), M.Sc. from University of Tehran (2010), and Ph.D. from University of Toronto (2016). Dr. Nosrati’s research interests are in the application of microfluidics for male infertility, cell biology, medicine, global health, and biosensing. Dr. Nosrati has received numerous prestigious awards and recognitions, including the 2016 Douglas R. Colton Medal from CMC Microsystems for research excellence in microsystems and nanotechnology in Canada.