Microfluidics based cell sorting is promising both in academic research and industrial level. Modularity and versatility of the chips together with their cost-effectiveness and small footprint make them strong rivals for currently available commercial cell sorters both for laboratory settings and point of care applications.

How do microfluidic cell sorters work? 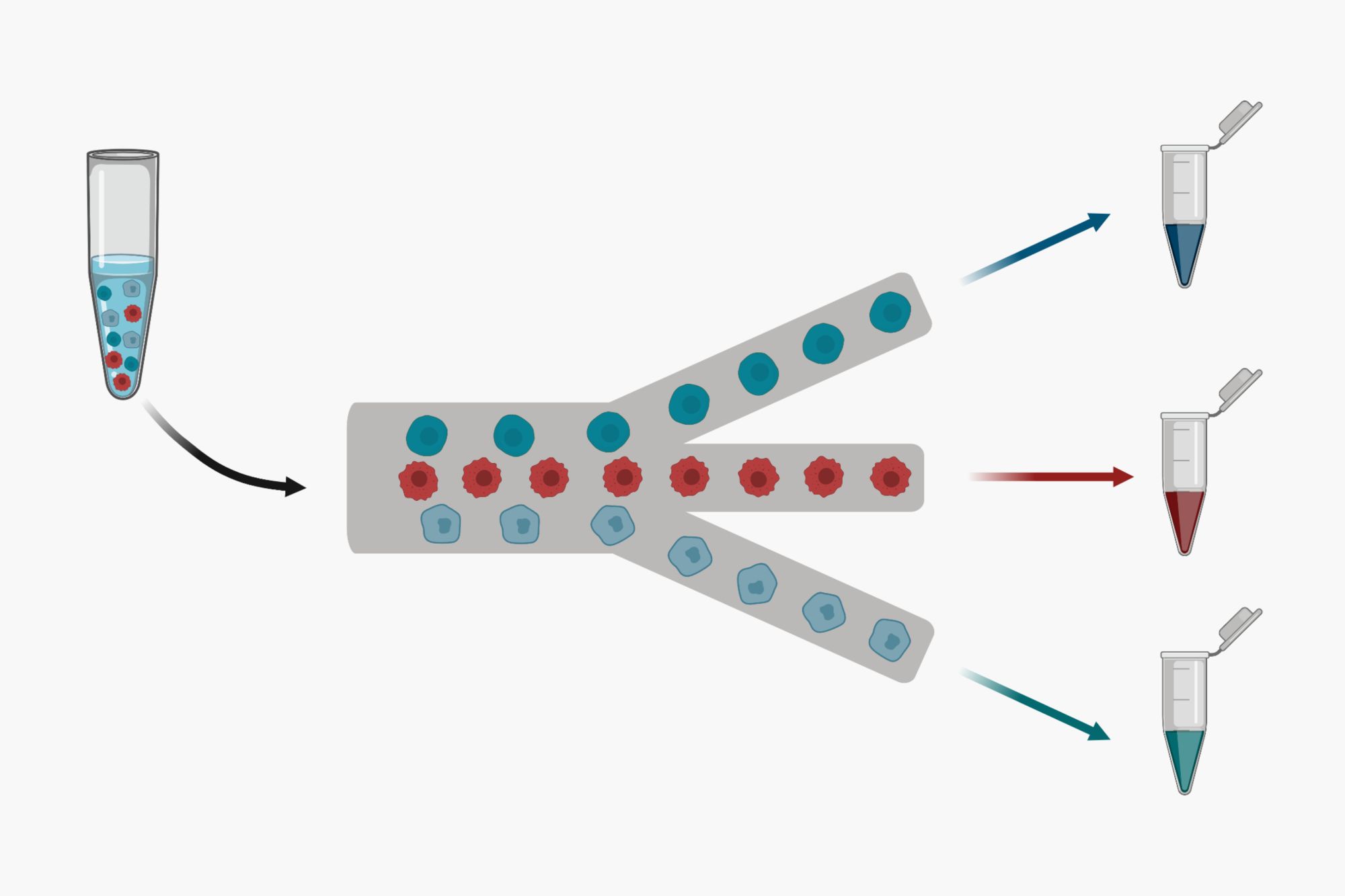 In general, a cocktail of cells enters the microfluidic chip and run through the microfluidic channels. The microfluidics chip is designed such that the cells with different properties experience a different amount of force while similar cells undergo equal forces. The force could originate from the inertia, geometrical patterns or obstructions in the microchannel, external sources, etc. The difference between these forces differentiates the cells and pushes them onto different streamlines. Next, when the cells are fully differentiated, the outlets are strategically placed so that each cell type exits from a different outlet that can be then collected.

What are the advantages of microfluidic cell sorters over conventional methods?

Microfluidics is known to deal with small sample volumes. The channels are in micron-scale and thus can operate with sample volumes of a few micro liters. The small sample volume can be essential when isolating a target sample is cumbersome and separating a large sample volume is not feasible. Also, the small volume and low reagent consumption can significantly reduce the cost of the test by omitting the need for large volumes of expensive materials. – A uFluidix content.

Our team will be happy to custom fabricate your microfluidic cell sorter device.
Contact us