Posted at 16:38h in Latest Research by admin

Extracellular matrix (ECM) is the non-cellular element in the body that provides scaffolding as well as biochemical and biomechanical cues for the cells. Synthetic and natural ECMs are widely used in tissue and organ engineering applications. Although native tissues are often inhomogenous, many of the synthetic ECMs lack a spatial gradient. A spatial gradient also helps in providing more possibilities for surface modification.

ECM is made of several structural proteins such as collagen. Gelatin is the partially hydrolyzed form of collagen which has been used as its substitutes. Gelatin as lacks the disadvantages of collagen such as acid-solubility and offers better formability and printability as well as higher solubility.

A recent study published in Small has employed microfluidics to overcome this issue by taking advantage of a flow-focusing droplet microfluidic platform to generate spatially inhomogeneous protein microgels. 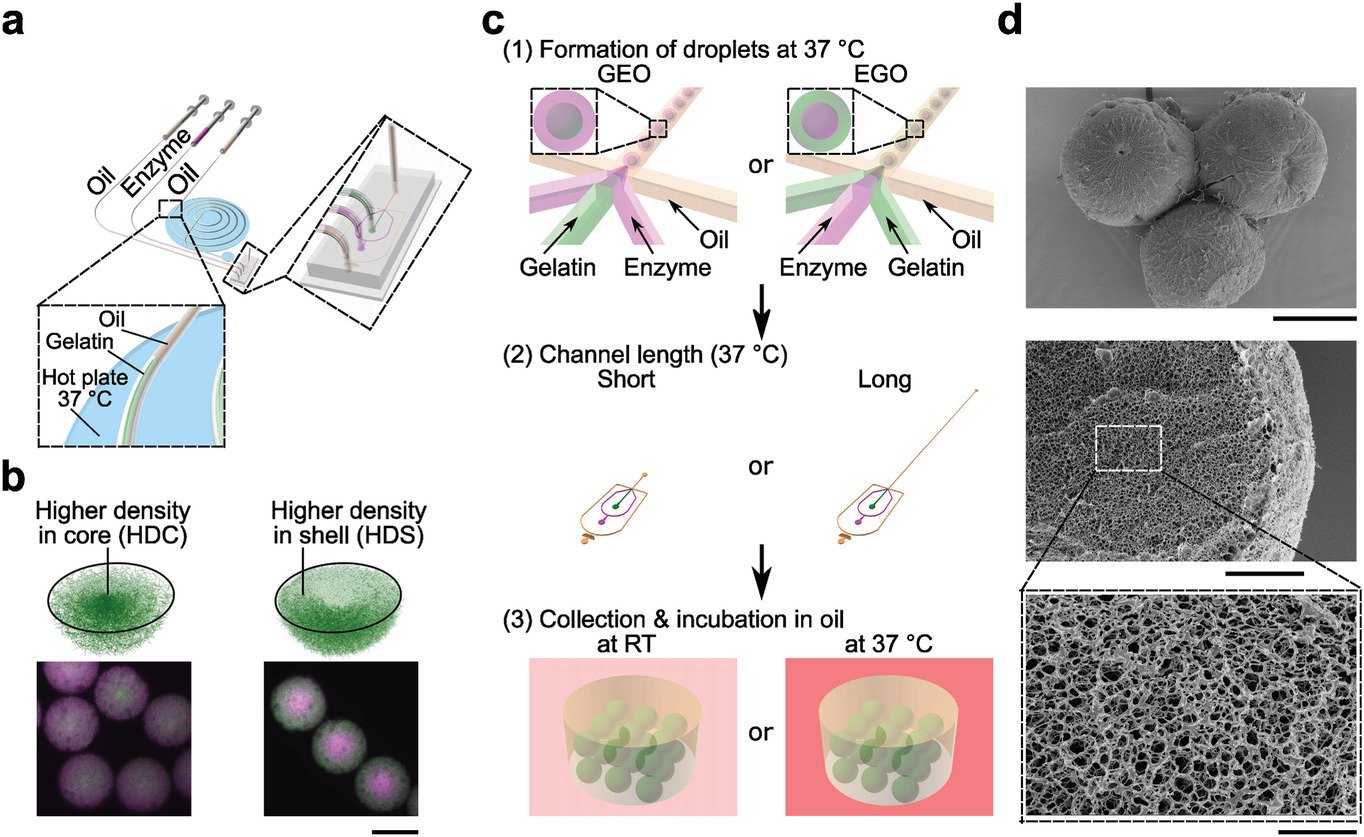 The proposed microfluidic device consists of a droplet generator with two inlets for the aqueous phase (gelatin and crosslinking enzyme) and one for the oil. The setup was used in combination with a hot plate to keep the gelatin in the liquid state. The research team tested two different configurations by switching the inlets of the gelatin and the enzymes which resulted in two different types of microgels. In the first type, the microgels have a higher density in the core while in the other the density is higher in the shell.

The length of the channel was hypothesized to affect the recirculation flows inside the droplet and thus influence the microspheres. Therefore, the microchips were made in two models (long and short) to optimize the length. The long version had a longer length after the junction to quickly mix the gelatin with the enzymes.

The reported chips showed promising results in generating protein-only microspheres with a controlled radial gradient. These degradable microgels have the potential to be used for 3D cell-culture and synthetic organs as well as drug carriers for controlled release.