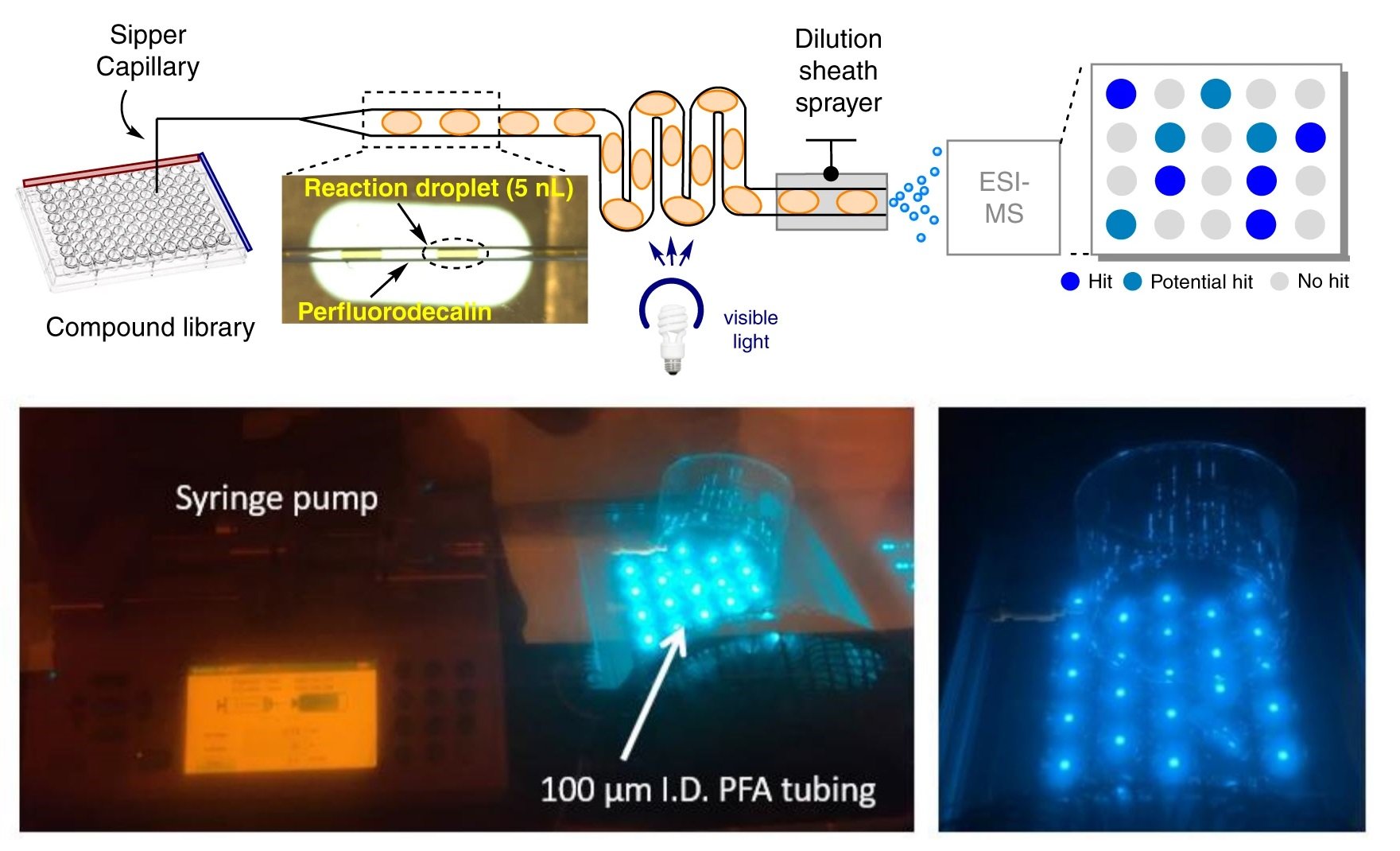 Posted at 19:07h in Latest Research by Pouriya Bayat

Droplet microfluidics has proven as a revolutionary technique for single-cell analysis due to its high-throughput, uniformity, modularity. However, its applications are limited to single-cell analysis. High-throughput-experimentation enabled by droplet microfluidics can be employed for efficient exploration of numerous chemical reactions for catalysis and reaction discovery.

In this regard, a research team from the University of Michigan has developed a microfluidic device for the discovery and screening of visible light-driven reactions and investigated the path forward to scale-up processes for potential industrial applications.

“We have identified droplet microfluidics as a platform that may enable continuous flow-based reaction discovery. Segmentation of samples with an immiscible phase enables the simultaneous handling of numerous samples over extended periods of time.”, the authors elaborated.

Droplet microfluidic chips are capable of generating water in oil or oil in water at ~kHz frequencies for encapsulation of the desired reagents. The droplets are often within the nanoliter to femtoliter volumes thus reduce material consumption by “three to eight orders of magnitude relative to a traditional multiwell plate-based screen”. In the present study, a PDMS microfluidic chip was fabricated to generate ~5 nL droplets composed of perfluorodecalin. The droplets were then into reactor tubing and place in a dish for irradiation. The syringe pump could be set to oscillation mode to increase the residence time of the droplet in the irradiation region. A sheath sprayer was then employed to ESI-mass spectrometry.

“Future studies will be targeted towards developing a microfluidic chip-based system to enable in-line droplet generation, reagent addition, incubation, and MS analysis. Automated data processing capabilities will be also be developed to accommodate the wealth of HTE data generated from larger screening campaigns. From an early discovery standpoint, this droplet microfluidics HTE platform will facilitate rapid photochemical reaction discovery in-flow for the expedited generation of compound libraries. We anticipate that droplet microfluidics-driven HTE will continue to expand and enhance the utility of photochemical transformations from the bench to the drug pipeline.”, the authors concluded.