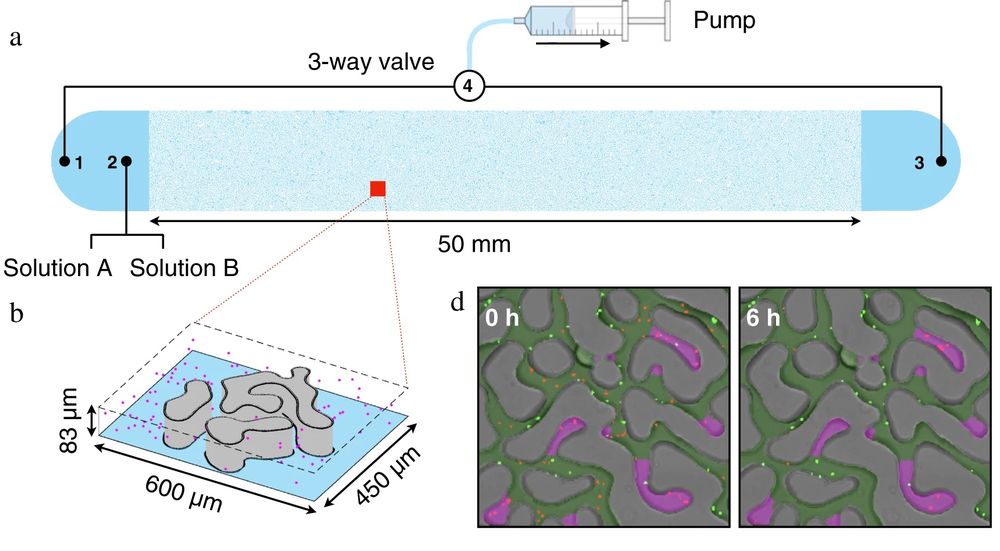 Posted at 13:01h in Latest Research by Pouriya Bayat

Fluid flow through a porous media can be seen in many biological and geological systems. The pores in porous media induce very complex fluid patterns that are sometimes overlooked. For example, the complex morphology in these systems is often associated with dead-ends resulting in a stagnant flow trapping the constituents. These transported quantities remain trapped until released by diffusion. Microfluidics has been shown to be an excellent option for studying complex fluid flows at the microscale thus being a great candidate for investigating such complex flow patterns. For this week’s research highlight, we have selected a recent article published in Nature Communications that aims at a better understanding of fluid flow in porous media using a microfluidic device. In this study, the research team employed a microfluidic chip to mimic this flow to unravel the link between microscopic motion within dead-end-pores and porous media transport.

“Here, we use a microfluidic model system that features a pore structure characterized by distributed dead-ends to determine how particles are transported, retained and dispersed. We observe strong tailing of arrival time distributions at the outlet of the medium characterized by power-law decay with an exponent of 2/3. Using numerical simulations and an analytical model, we link this behavior to particles initially located within dead-end pores, and explain the tailing exponent with a hopping across and rolling along the streamlines of vortices within dead-end pores.“, the authors explained. 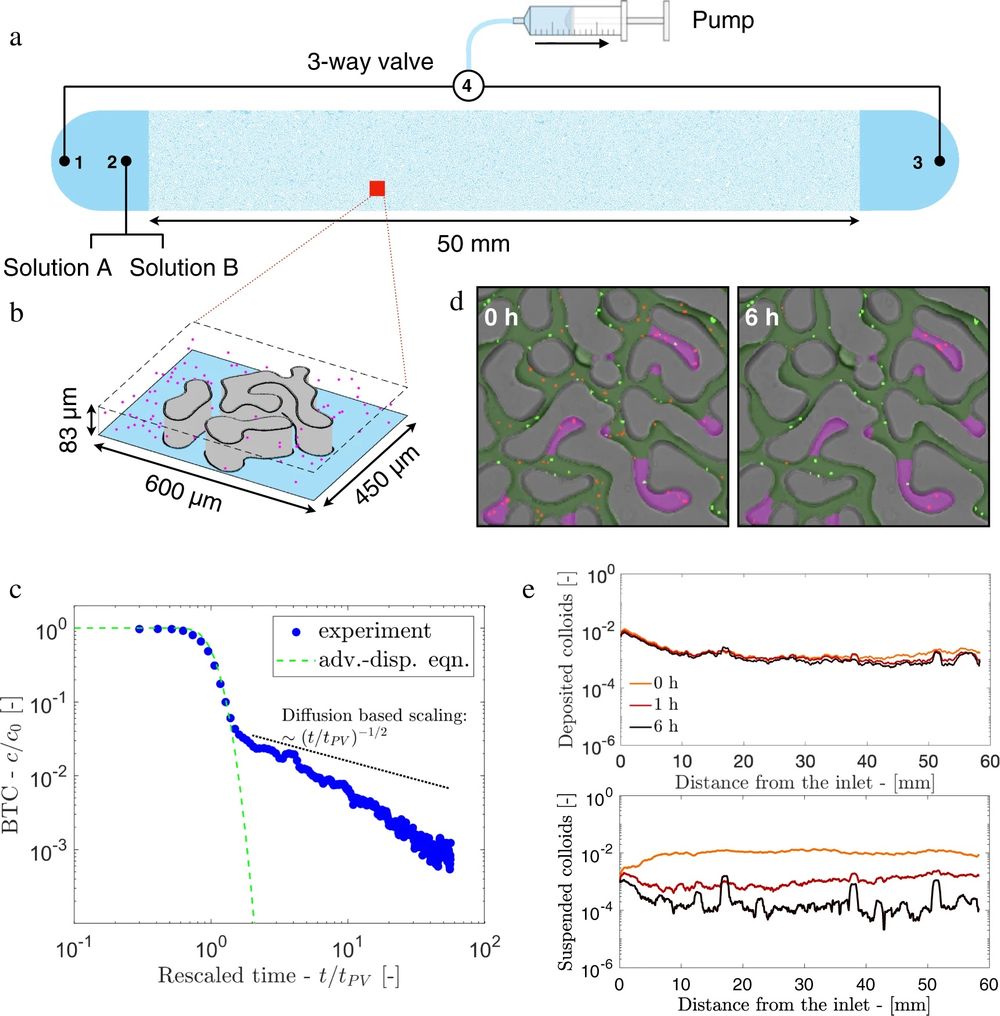 a Schematic of the experimental setup and (b) three-dimensional representation of the colloidal suspension within the porous structure. c Experimental breakthrough curve (BTC, blue dots) computed as the c(t)/c0, where c0 is the injected colloidal numerical density, and c(t) is the measured density eluted at time t. The dashed line represents the analytical solution of advection-dispersion equation (Eq. 26 in Supplementary Information III). The dotted line represents the prediction from diffusion based scaling (without advection). d Two snapshots of suspended (red) and deposited (green) colloids just before and 6 h after injection, respectively; TPs are represented as green areas while DEPs as magenta. e Profile of deposited (above) and suspended particles (below) along the channel length acquired at three different times (0, 1, and 6 h) after the start of the experiment. Reproduced from Bordoloi, A.D., Scheidweiler, D., Dentz, M. et al. Structure induced laminar vortices control anomalous dispersion in porous media. Nat Commun 13, 3820 (2022). under Creative Commons Attribution 4.0 International License.