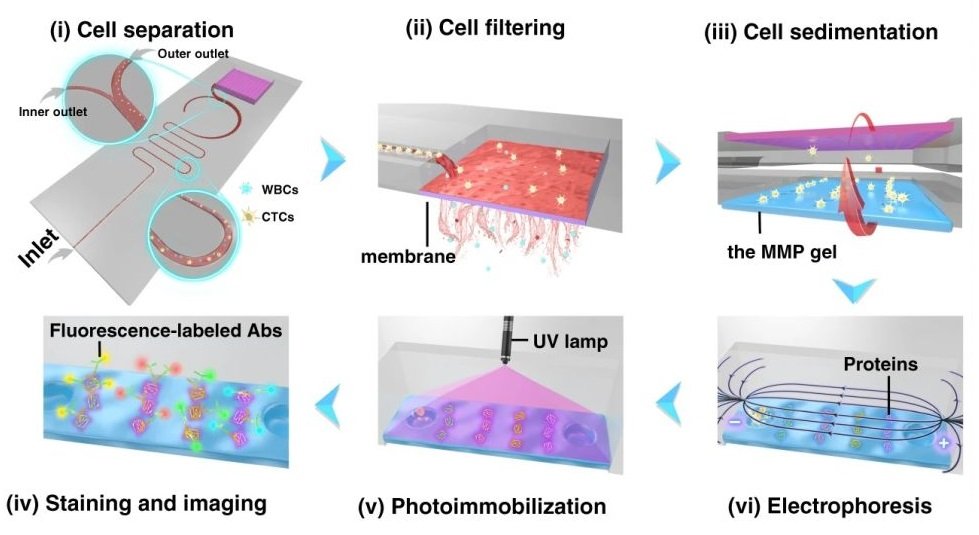 Posted at 12:56h in Latest Research by Pouriya Bayat

Stand-alone microfluidic devices have been shown great promises over the past few decades in simplifying biological as well as chemical assays. However, in many applications, the processes cannot be reduced into a single task and require multiple tasks to be conducted sequentially. In this week’s research highlight, we will introduce an integrated microfluidic chip for isolation, enrichment, and single-cell immunoblotting (ieSCI) of circulating tumour cells.

“The ieSCI-chip is a multilayer microfluidic system that combines an inertia force-based cell sorter with a membrane filter for label-free CTC separation and enrichment and a thin layer of a photoactive polyacrylamide gel with microwell arrays at the bottom of the chamber for single-cell immunoblotting. The ieSCI-chip successfully identified a subgroup of apoptosis-negative (Bax-negative) cells, which traditional bulk analysis did not detect, from cisplatin-treated cells.“, the authors explained. 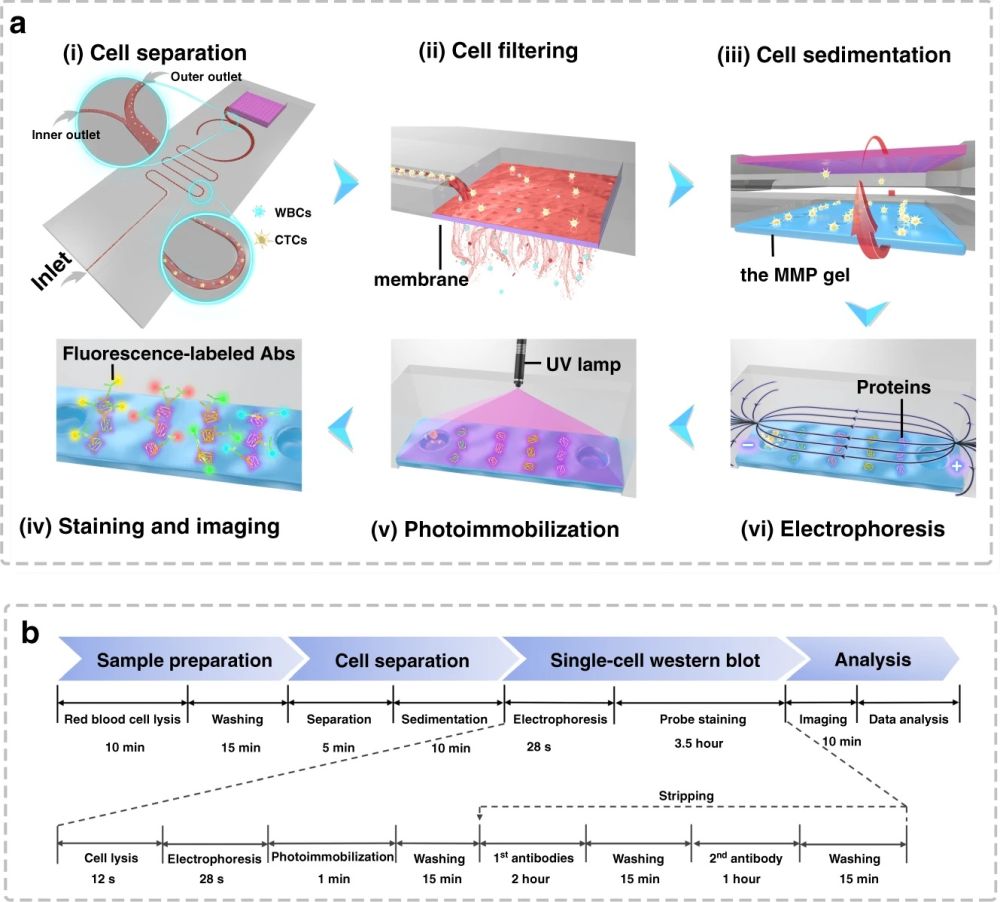 The isolation and enrichment of circulating tumour cells (CTCs) on the PDMS based ieSCI microfluidic chip are done by integrating various modules fabricated using conventional microfluidic fabrication techniques. First, the cells are introduced to a zigzag microfluidic channel to be sorted. Inertial force and dean drag force in the serpentine microchannel force the cells to differentiate based on their properties. Next, the enriched cells are moved to another section for lysing, immunoblotting, labelling, and imaging. 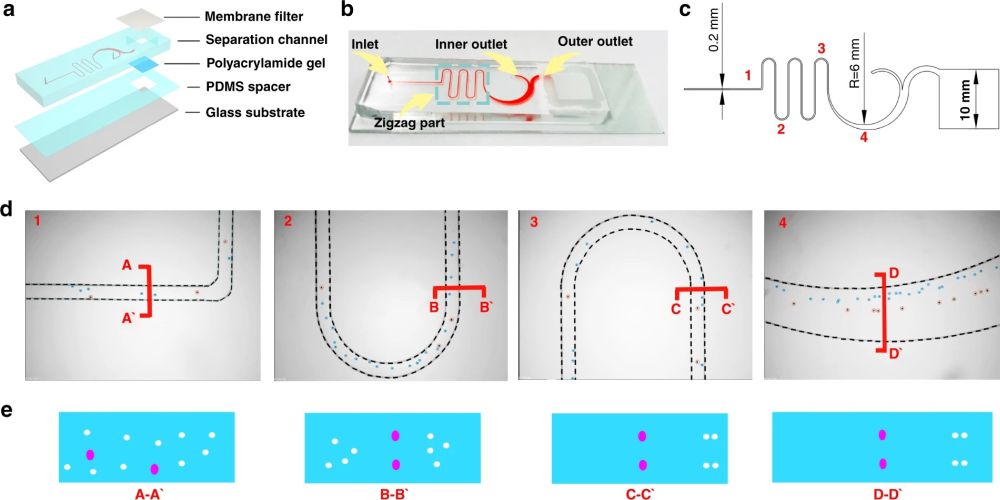 First, 10 µm and 24 µm particles were utilized as white blood cells (WBCs) and circulating tumour cell surrogates to optimize the performance of the microfluidic cell sorter section under various flow rate conditions. The purities of the particles in the inner and outer outlets were measured as a criterion of the performance. Upon optimization, the tests were conducted with a cocktail of cells followed by whole blood spiked with three cell lines (MCF-7, A549, and HeLa) at a 200 cell/ml concentration. The cells collected from the CTC outlets were counted and shown to have a recovery rate of 87%-95% based on the cell line. The purity was further increased by the addition of a membrane filter at the end of the microfluidic cell sorter. The membrane filter also was beneficial in the enrichment of the CTCs. At the optimal flow rate (1.4 ml/min), the integrated microfluidic cell sorter and membrane were capable of isolation and enrichment of the CTCs in nearly 6 minutes.  The enriched cells were then loaded into an immunoblotting section where the cells are lysed and underwent protein profiling at the single-cell level. The cells are then sedimented into microwells on a polyacrylamide gel by flipping the microfluidic chip and taking advantage of the gravity to pull the cells toward the gel. Next, the cells are chemically lysed for 10s and the released proteins are separated on the gel inside a customized electrophoresis chamber. Finally, the differentiated proteins are immobilized by exposing the gel to UV light and immunoblotted and fluorescently labelled with primary and secondary antibodies.