Posted at 19:28h in Latest Research by Pouriya Bayat

The Mycobacterium tuberculosis, the pathogen causing tuberculosis has a multi-layered cell wall that regulates the metabolite transfer through the membrane and prevents antibiotics from entering the cell. Mycobacterium tuberculosis (Mtb) can adapt its growth rate according to the available nutrients in the environment. Previous studies have not been successful in fully understanding the mechanism by which the Mtb enters a nonreplicative state. A better understanding of this adaptation mechanism can help us find more efficient ways to defeat this pathogen. Microfluidics has shown great promises in single-cell analysis and hence can be a good candidate for this purpose.

“Here, we developed a single-cell-resolution microfluidic mycobacterial culture device that allows time-lapse microscopy-based long-term phenotypic visualization of the live replication dynamics of mycobacteria. This technology was successfully applied to monitor the real-time growth dynamics of the fast-growing model strain Mycobacterium smegmatis (M.smegmatis) while subjected to drug treatment regimens during continuous culture for 48 h inside the microfluidic device.”, the authors explained. 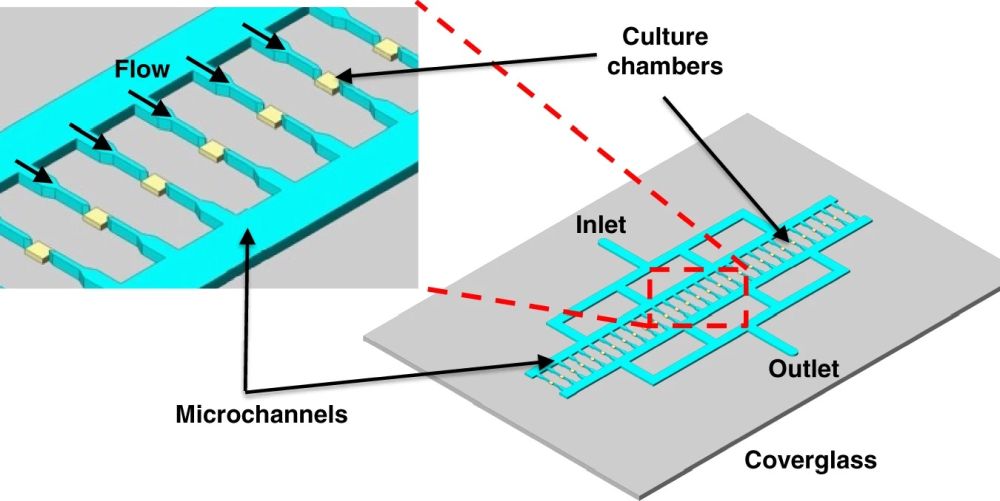 The chip was shown to be capable of long-term culture and visualization of the mycobacterial cells under perfusion conditions.

“In conclusion, our study demonstrates that the newly developed microfluidic device is capable of successful longterm growth and phenotype monitoring of rod-shaped mycobacteria. We expect that this microfluidic device technology will substantially change how clinicians and scientists can identify the correct sequence and combination of antibiotics to tailor the treatment of TB patients to significantly reduce treatment relapses or death.”, the authors concluded.