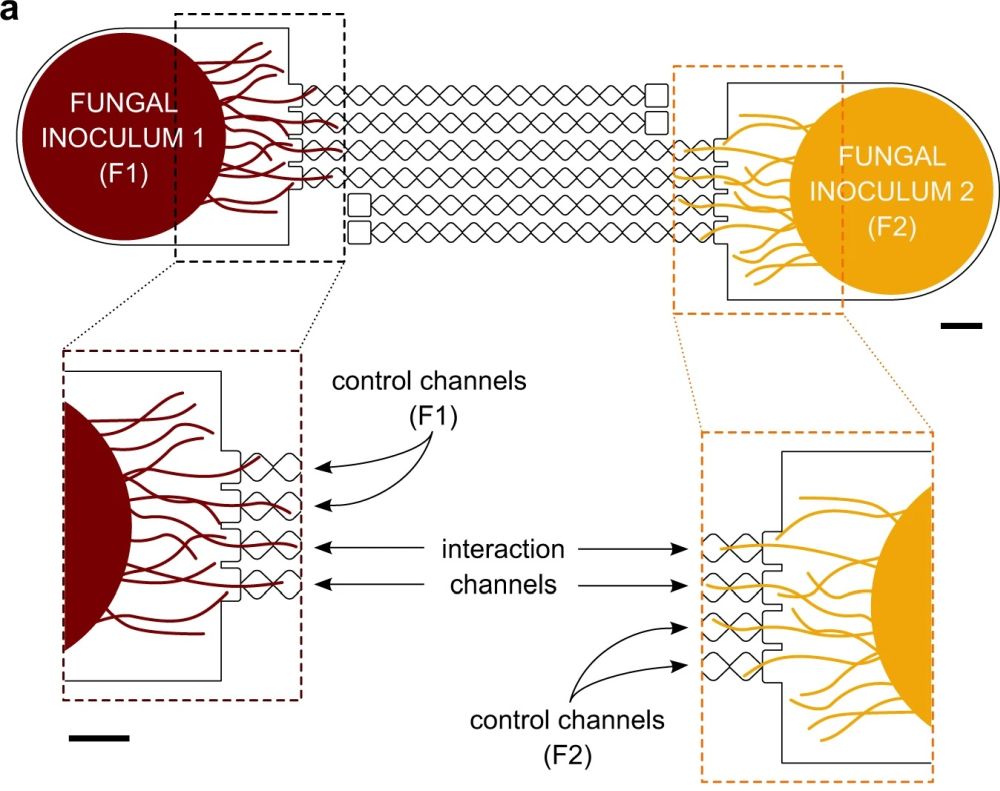 Posted at 17:41h in Latest Research by Pouriya Bayat

Microfluidic chips are enabling handheld devices that are ideally suited for real-time analysis in biological and chemical assays. For example, they have been successfully used in a multitude of platforms such as organ-on-a-chips for real-time investigation of cell-cell and cell-environment interactions. The microfluidics field, however, is rapidly growing; hardly a week goes by without a new development being introduced to the research community. In this context, a research team from Switzerland has reported a microfluidic device for real-time analysis of fungal-fungal interactions (FFI) in the Communications Biology journal.

“To gain experimental access to FFI at the hyphal level in real-time, we developed a microfluidic platform, a FFI device. This device utilises microchannel geometry to enhance the visibility of hyphal growth and provides control channels to allow comparisons between localised and systemic effects”, the authors elaborated. 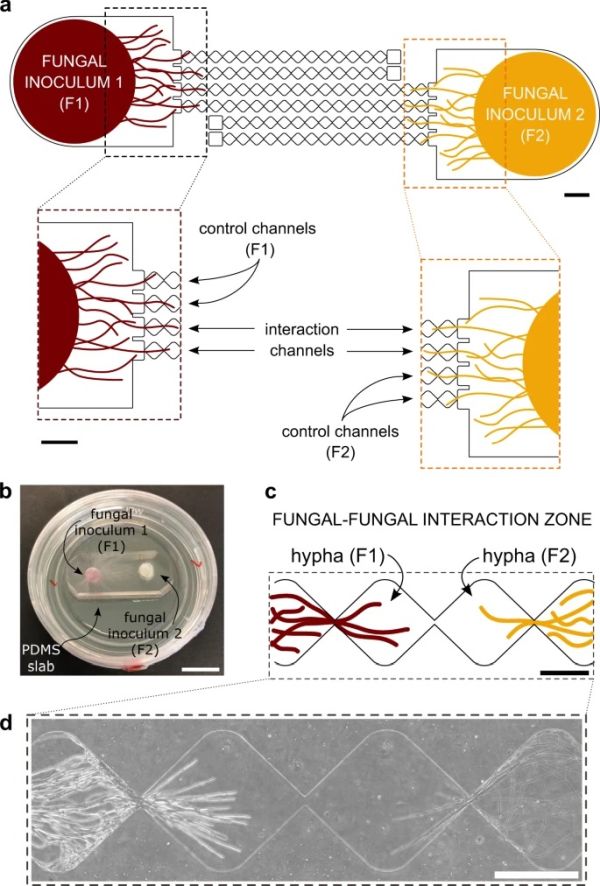 The FFI microfluidic chip is made of PDMS and contains reservoirs on each side to house the fungal cultures. These microchambers are connected via microchannels (10 µm) that constrain and direct the fungal cultures toward each other. Each microchannel includes 18 diamond shape (each 490 µm × 430 µm) connected with 20 µm funnels to guide the hyphae to the next diamond. As shown in the paper, this microfluidic setup facilitated the study of single hyphae interaction and enable the researchers to track morphological changes such as branching or separation. The study of hyphal-hyphal interaction was conventionally done on agar plates which caused major challenges due to the branching on non-confined agar surfaces.  Watch a video of the growth and interaction of the hyphae here to see how the proposed microfluidic platform resolved this challenge.

“In conclusion, we expect numerous new research opportunities. Importantly, this study has demonstrated the high versatility of the FFI device, in terms of reproducible hyphal growth under various conditions and different combinations of fungal partnerships. Furthermore, the integrated control channels provide an option to differentiate between localised and systemic effects, which has previously proven to be valuable in studies of bacterial–fungal40 and fungal–nematode21 interactions using microfluidic devices.”, the authors concluded.