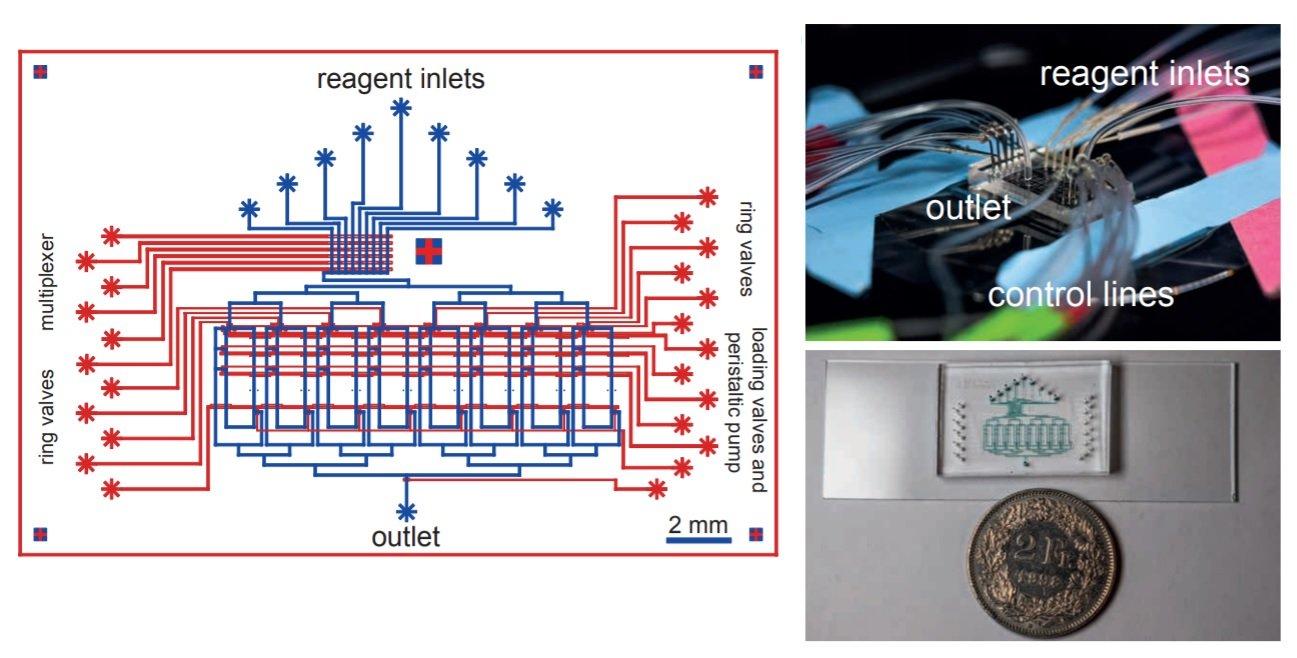 Posted at 13:58h in Latest Research by Pouriya Bayat

One of the major aims of synthetic biology is to take advantage of the cellular machinery and build a self-replicating cell mimicking a natural living organism. This so-called artificial/synthetic cell could then be modified according to the needs of the researcher. Although we are still far from the realization of this goal, advanced fabrication methods such as custom fabrication of microfluidics have helped us to move towards this aim at a faster pace.

“Our results demonstrate that MFBBs with different designs can be controlled and combined on a single FCB. Our novel modular approach to operating an automated microfluidic system for parallelized cell culture will enable greater experimental flexibility and facilitate the cooperation of different chips from different labs.”, the authors explained.

The reported microfluidic chip was made from PDMS using standard multilayer lithography techniques and consisted of two layers. A flow layer (shown in blue) and a control layer (red). The flow layer was used to store the cellular machinery and included 8 individually controllable chemostats. A network of microchannels connected to the flow layer allowed template DNA, energy buffers, etc. to be delivered to the machinery on demand. The control layer is more flexible compared to the flow layer and serves as both a dual-function valve and a peristaltic pump.

The ribosomes extracted from E. coli, DNA, and energy buffers were introduced through the reagent inlet and kept in the flow layer to produce the proteins which were collected via the common outlet. This microfluidic chip was shown to be capable of regenerating seven essential protein components simultaneously and sustain the synthesis in continuous mode for over a day.

“We demonstrate how a biochemical constructor could be created by implementing a transcription–translation system running at steady-state on a micro-chemostat that supplies the reaction with resources and energy. We showed that the system is capable of self-regenerating components of its core constructor by synthesizing proteins required for transcription and translation.”, the authors concluded.