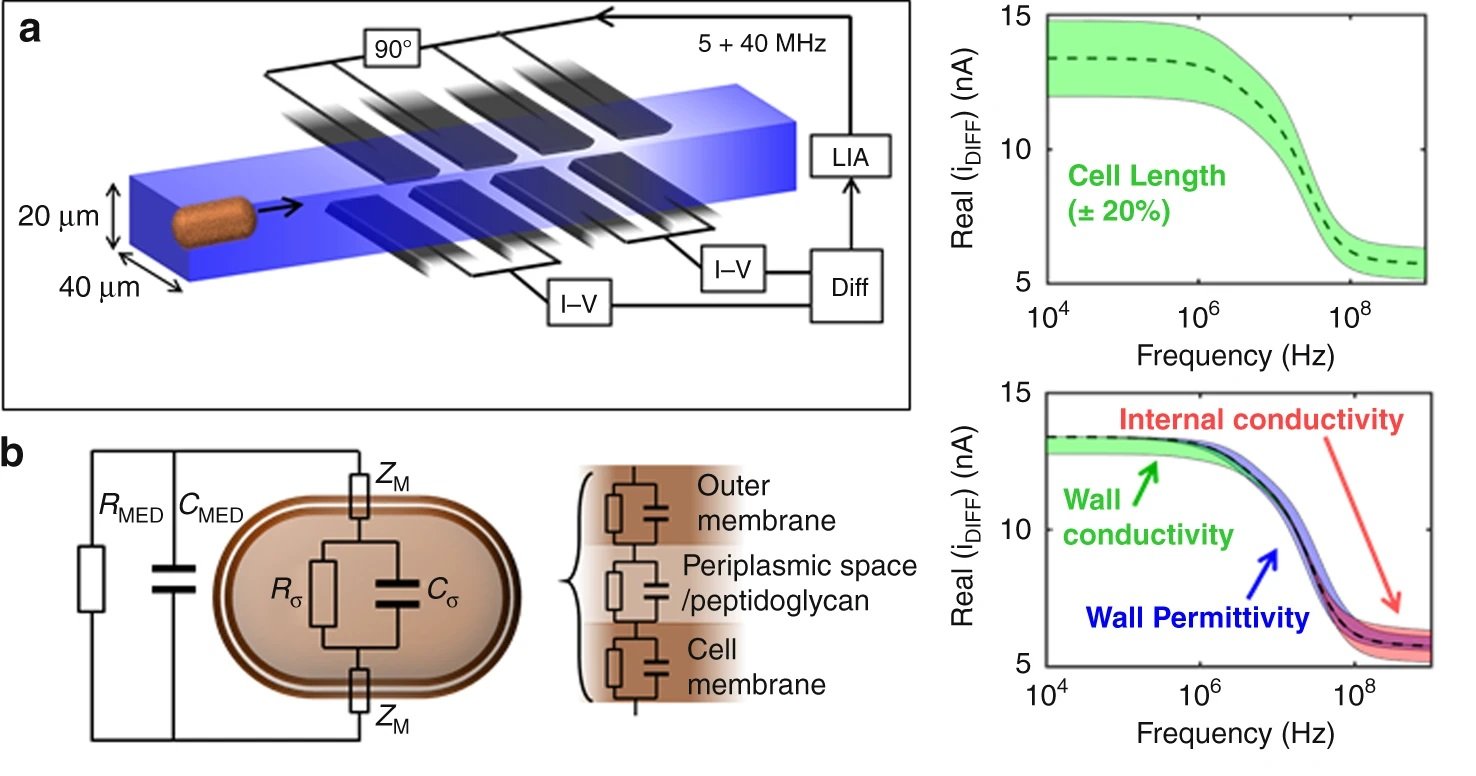 Posted at 17:25h in Latest Research by Pouriya Bayat

As the 2-3 minutes required for reading this passage is finished, 4 new deaths have happened in the world due to bacterial infection. Bacterial infection is a serious threat to human health with an estimated growth of 10 million annual deaths by 2050. On the other hand, since the emergence of antibiotics, their misuse has led to the evolution of antibiotic-resistant bacteria. Therefore, it is of utmost importance to detect bacteria and determine the type and amount of medicine for each patient using antibiotic susceptibility tests (AST).

“In this paper we describe a rapid label-free phenotypic AST that delivers a resistance profile in as little as 30 min. The technique which we call impedance-based Fast Antimicrobial Susceptibility Test (iFAST) measures changes in the electrical and morphological properties of many thousands of single organisms at high throughput using microfluidic impedance cytometry.”

In the past few decades, microfluidics has emerged and offered the ability to precisely manipulate small amounts (10-6 to 10-18 litres) of fluids enabling miniaturizing a wide range of biomedical devices. This opens a wide window of opportunity for conducting assays such as antibiotic susceptibility tests at a much faster rate and with fewer reagents. The proposed device consists of a microchannel with a width of 40 microns and a height of 20 microns. The cells flow through the microchannel one by one where they pass through sets of electrodes. The electrodes work similarly to an impedance cytometer and are able to measure a differential signal. Two pairs of electrodes were employed at each arm here to increase the signal to noise ratio with a limit of detection of ~400nm radius.

It was shown that the cell size as well as phenotypic changes of the cells due to the antibiotic exposure could be observed using the microfluidic platform. By measuring the high-to-low frequency impedance (called electrical opacity), the net contribution of these various elements could be accounted for to calculate the electrical fingerprint of the organism. Therefore, the bacteria were exposed to different concentrations of the antibiotics followed by electrical opacity calculation using this microfluidic. Minimum inhibitory concentration (MIC) could then be determined based on the scatter plots of the electrical opacity. For example, K. pneumoniae was exposed to Meropenem which resulted in an increase in cell volume as well as changes in the cell wall structure. This could be captured by the microfluidic device and led to a clear shift in the electrical parameters of the exposed cells.

The proposed microfluidic chip was tested with a range of organisms such as Escherichia coli, Acinetobacter baumannii, and Pseudomonas aeruginosa and was also shown to be capable of identifying resistance profiles of a variety of antibiotics with different modes of actions such as Colistin, Gentamicin, Cibrofloxacin, and Ceftazidime.

“Overall, the iFAST approach shows utility for the rapid detection of antibiotic susceptibility across a range of clinically important pathogen–antibiotic combinations. The simplicity of the measurement technique suggests that the method is suitable for a new generation of rapid tests for the clinical laboratory. The ability of the technique to measure at the single-cell level, provides considerable benefit to resolve largely unseen responses in bacterial populations being treated, such as being able to monitor sub-populations that may be resistant or tolerant of the antibiotic and the emergence of resistance in near real-time.”, the authors concluded.