Posted at 11:46h in Latest Research by Pouriya Bayat

A Zurich-based research group takes advantage of the combination of a microfluidic chip with open microchannels and acoustic manipulation for 3D mechanical characterization of single-cells and small organisms.

“Here, we combine an acoustically driven manipulation device with a micro-force sensor to freely rotate biological samples and quantify mechanical properties at multiple regions of interest within a specimen. The versatility of this tool is demonstrated through the analysis of single Lilium longiflorum pollen grains, in combination with numerical simulations, and individual Caenorhabditis elegans nematodes.”, the authors explained.

Microchannels can guide the axons and promote controlled directional growth. The microfluidic channel dimensions can impact the growth of the axons and were thus optimized in this study for robust isolation of axons of hPSC-derived neurons. The surface of the microfluidic chips was functionalized with a photo-responsive material containing the azobenzene. The surface of the microchannel could reversibly change in response to the light irradiation and thus could be used for modulating the axonal growth and alignment in the desired direction. 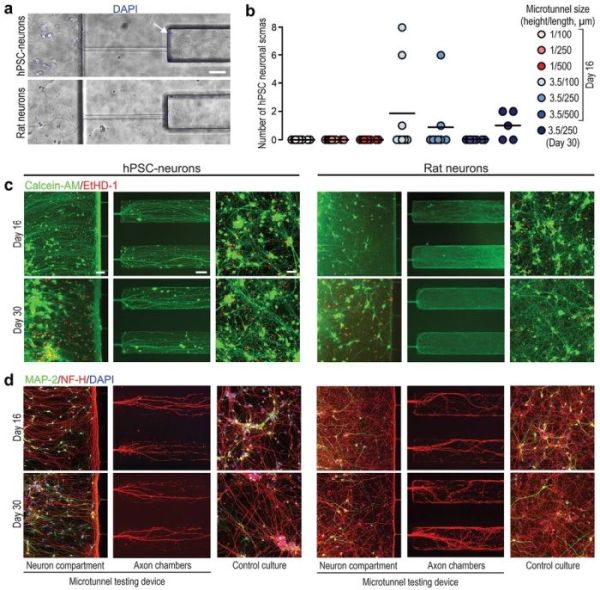