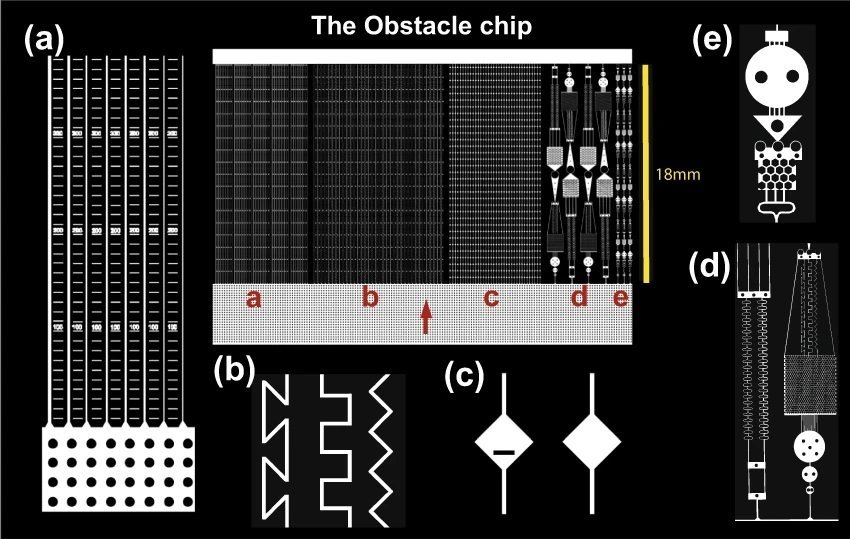 Posted at 18:53h in Latest Research by Pouriya Bayat

A research team at Lund University, Sweden, in a recent article published in the ISME Journal, has developed a microfluidic chip called “Soil Chip” to study how fungi navigate through the complex maze-like structures in the soil.

“We used microfluidic techniques to develop a chip that strives to simulate soil heterogeneity with the help of geometric pore space models that allow us to compare hyphal behaviour for a multitude of fungal species. We refer to our experimental system as “Soil Chips”, and the specific design developed for this study as “the Obstacle Chip”.”

The soil is opaque and investigating the fungal behavior special at the hyphal level is challenging. The microfabricated soil chip is developed to mimic the pore space aspect of the soil as well as its spatial heterogeneity. Therefore, the behavior of the fungi in the presence of constrictions, sharp turns, and protruding obstructions could be observed.

The microfluidic chips were made with PDMS and were designed to address multiple research questions. As shown above, design (a) consisted of parallel straight microchannels with various widths (4, 6, 8, 10, 15, and 20 µm) in which the hyphae’s growth could be observed under the microscope. Design (b) exposed the fungi to different types of corners to pass. In design (c), the microfluidic channels were followed by diamond shape opening to see if the sudden openings alter the growth or cause branching. In (d) and (e), the chips had much more complexity. This allowed the research team to test if the fungi have the same spatial preference if the paths become more complicated. 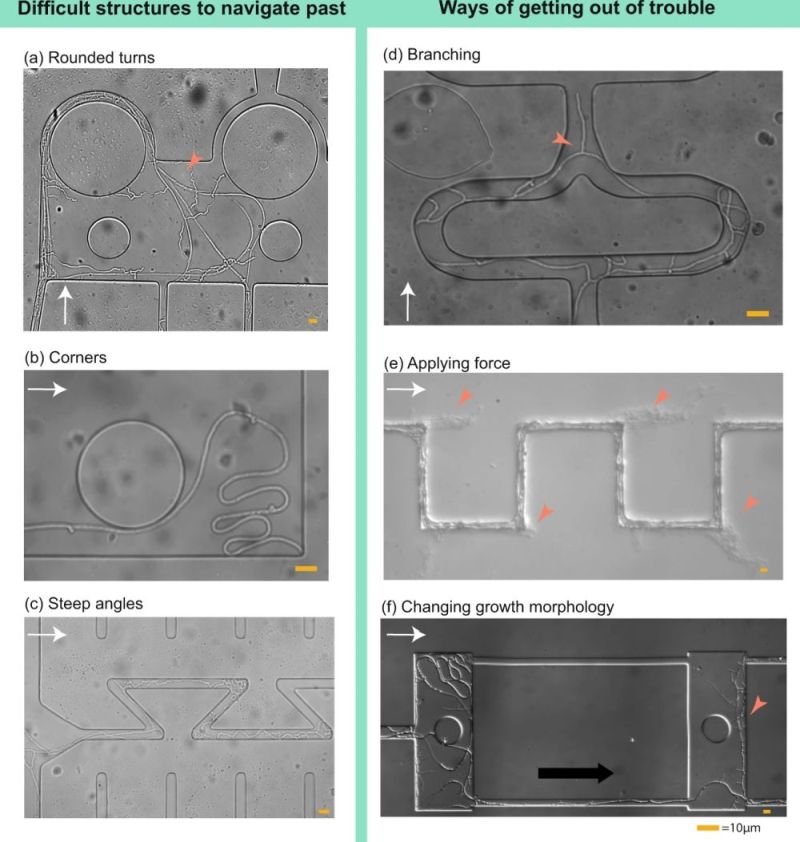 Seven fungal species were tested and shown to colonize in the microfluidic chips. However, different species expressed considerable variations in exploring the chips. The obstacle chip could reveal multidimensional traits of fungi to better explain its behavior in the ecosystem.

“We see Soil Chips as an important new tool for answering many emerging questions at the frontier of soil science, fungal ecology and ecophysiology, with the possibility to provide us with a better understanding of fungal behaviour, the dynamics of soil carbon decomposition, mycelial network resource allocation and a chance to connect microbial community data to function.”, the authors concluded.