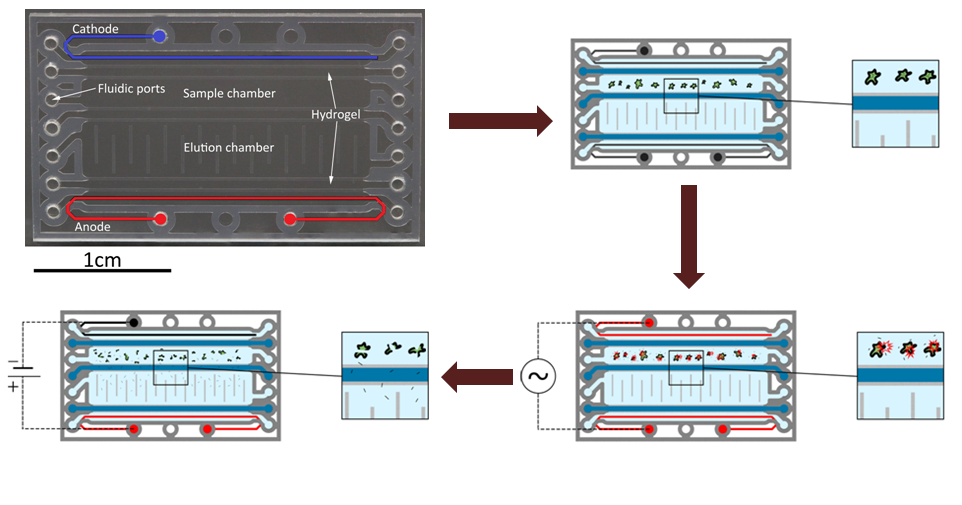 Posted at 09:33h in Latest Research by Pouriya Bayat

microRNA abbreviated as miRNA is a non-coding RNA. Non-coding RNAs do not translate into proteins and are mainly responsible for regulatory affairs in the cells. The “micro” prefix stems from their short length. The miRNAs normally span from 18 to 28 nucleotides. So, miRNA is a small RNA that is responsible for regulatory actions such as mRNA (messenger RNA) silencing or posttranscriptional regulation of protein expression. miRNA usually does that by binding to a target mRNA site followed by degrading it or inhibiting its activities.

miRNA dysregulation is associated with many types of diseases such as a multitude of cancer types. Therefore, miRNA, if extracted probably from the patient samples, can be used as a valuable biomarker. Conventional techniques for extracting miRNA require multiple steps of handling and pipetting as well as exposure to toxic chemicals such as chloroform. Additionally, another common issue is that the isolated miRNA easily disintegrate due to its small size and the ever-present RNAases. These shortcomings call out for an automated device for extracting miRNA to achieve the potentials of miRNA as a diagnostic biomarker in clinical lab settings. Microfluidics meets the requirements for such a device and has recently been employed to design a microfluidic chip for miRNA extraction.

In a recent study published in Plos One, a research team from Germany has developed a single microfluidic device for cell lysis and miRNA extraction. Their microchip is capable of extracting miRNA from as few as five cancer cells in 3 minutes. Another advantage of their chip lies in the very small sample volume (5 µL) required for the analysis.

“In light of the fact that most miRNA function is based on its complexation with mRNA modifying proteins, a miRNA extraction system that is able to distinguish between complexed and uncomplexed miRNAs may be of great scientific interest. The presented microfluidic chip system could thus be employed to study the complexation of miRNAs during different cell states.” The authors explained.

The reported chip employs a thermoelectric approach for lysing the cells followed by electrophoretically isolating the miRNAs. The chip consists of two sections, namely the sample chamber and the elution chamber, separated by a hydrogel barrier. The cell solution enters through the sample port where the cells get exposed to a DC electric field via two coplanar sets of electrodes and lyse. The charged lysate then travels laterally through the hydrogel barrier towards the anode electrode. The extracted miRNA then travels to the elution chamber which is flushed constantly to collect the miRNA.

The comparison of the chip with commercial kits revealed a much better performance (~10-200 fold). However, the extraction performance of the chip was shown to be dependant on the RNA type. The authors believe that by optimizing the chip they would be able to extract miRNA from single cells.