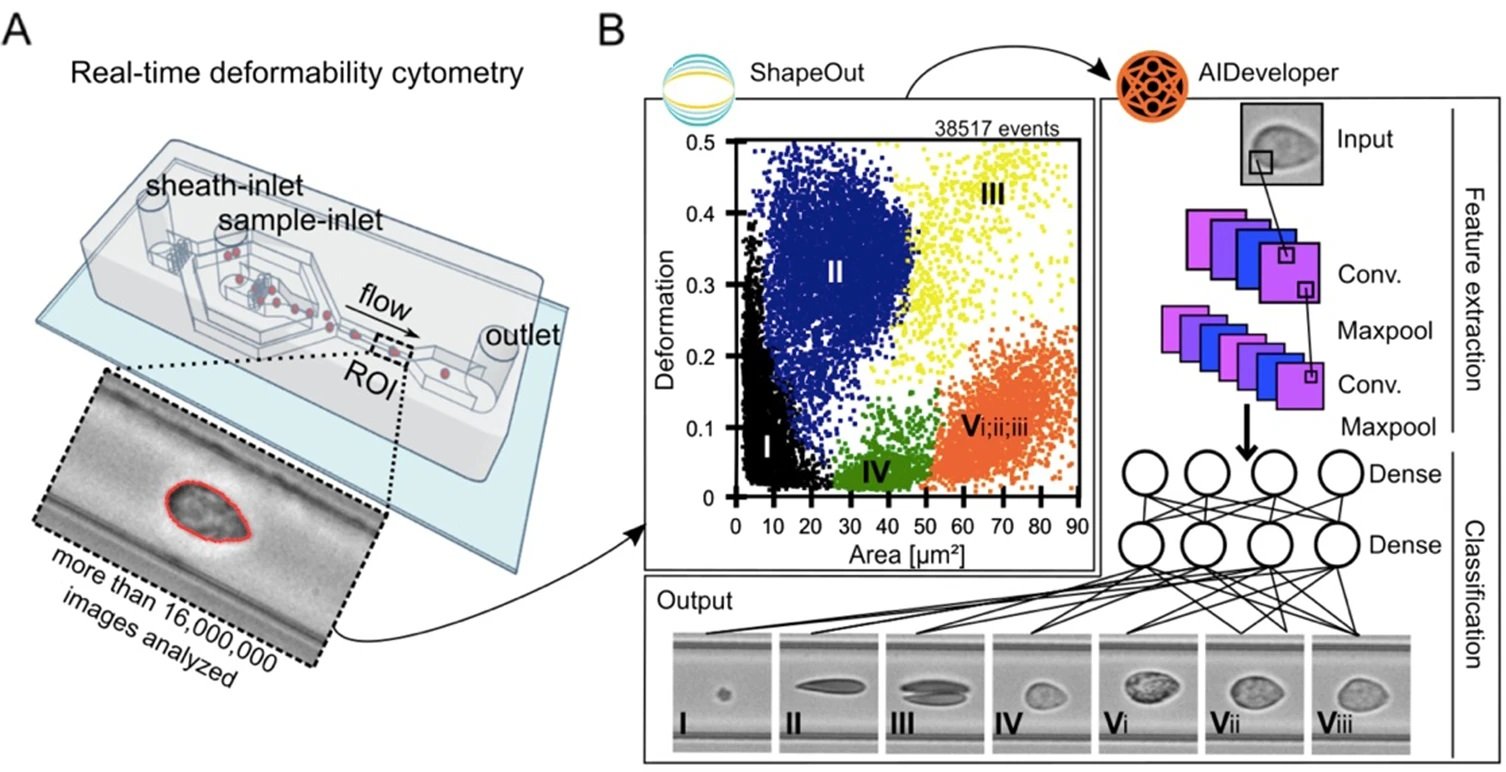 Posted at 10:49h in Latest Research by Pouriya Bayat

A A schematic illustration of an RT-DC measurement chip is shown. Whole blood was resuspended in measurement buffer (CellCarrierB), drawn in a syringe, and connected to the sample inlet. CellCarrierB was used as a sheath fluid within a second syringe and the sample and sheath were flushed through the chip at a ratio of flow rates of 1:3 under constant flow (0.06 µL/s). The chip was mounted to an inverted microscope and an image of every cell was recorded at the end of a 600 µm long constriction cannel. B Using ShapeOut, an open-source software tool, data were plotted. The dot-plot shows a measurement of 38,517 blood cells plotted in cell size (projected area [µm²]) and cell deformability. For better representation, the ratio of leukocytes (IV, Vi-iii) to erythrocytes and thrombocytes (I–III) is artificially increased. In order to identify the different blood cell types, the images were imported to AIDeveloper an open-source software tool to train, evaluate, and apply neural networks for image classification. A neural net based on the LeNet5 architecture, readily trained for the classification of blood cells, was loaded into AID and used to classify I = thrombocytes, II = erythrocytes, III = erythrocyte doublets, IV = lymphocytes, Vi = eosinophils, Vii = neutrophils, and Viii = monocytes [24]. Finally, the mean values for cell deformability and cell size were extracted for every cell type individually. Reproduced under Creative Commons Attribution 4.0 International License from Walther, A., Mackens-Kiani, A., Eder, J. et al. Depressive disorders are associated with increased peripheral blood cell deformability: a cross-sectional case-control study (Mood-Morph). Transl Psychiatry 12, 150 (2022).