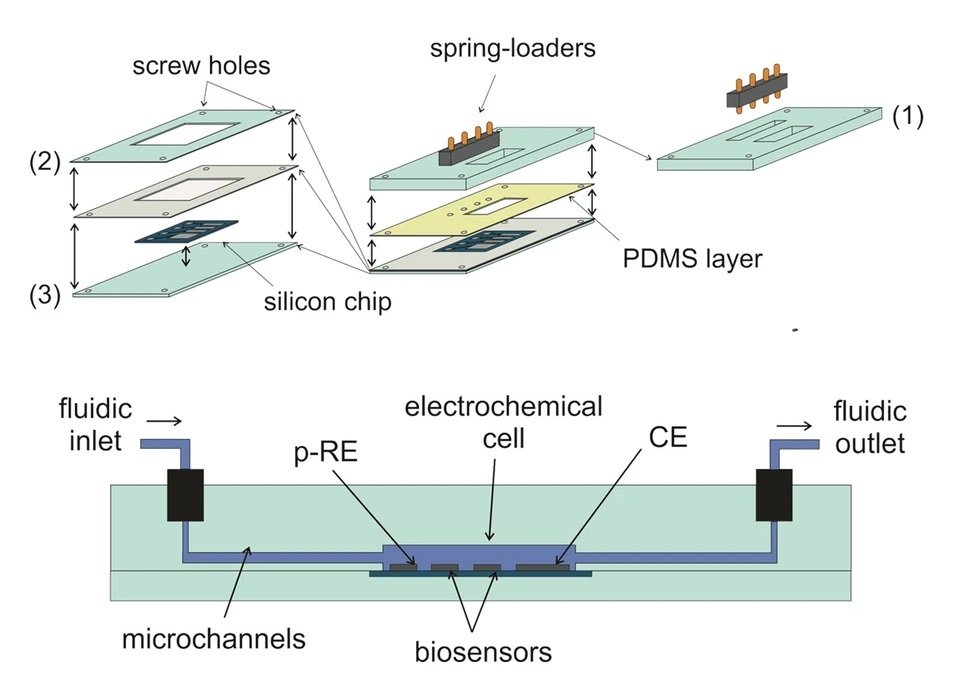 Posted at 18:10h in Latest Research by Pouriya Bayat

During winemaking, in a process called malolactic fermentation (MLF), the malic acid which has a taste sharp and is often present in grapes, converts to lactic acid which has a softer taste. Other than deacidifying the wine, the aromatic and smooth taste of red wines depends on this process. Although malolactic fermentation, sometimes called second fermentation, is by no means new and is probably as old as the history of the wine, scientific reasons behind it and methods for controlling the process are new. On-site, rapid, and precise control of the malic and lactic acids is of high significance for high-quality production of wine. Currently, these tests are often done far away from the winery which in turn is associated with high-cost and low-speed. Specific features of microfluidics technology, such as portability, precision, and potential for automation make it an ideal potential candidate to overcome these challenges.

Researchers in Spain have recently employed microfluidics fabrication methods to address the abovementioned needs for producing red wine. The microfluidic device takes advantage of a platinum four-electrode electrochemical cell to simultaneously measure both lactic and malic acid in red wine in the field.


“In this work, we report on the design and development of a bi-parametric compact analytical flow system integrating two electrochemical biosensors that could be potentially applied in this scenario. The developed flow-system will allow for the first time the simultaneous measurement of both acids in real scenarios at the real-time and in remote way.”

The microfluidic chip consisted of multiple layers. A silicon chip layer was microfabricated using lithography methods that comprised the working, counter, and reference electrodes required for the electrochemical detection. The working electrodes underwent surface modification with enzymatic to produce biosensors for lactate and malate. The biosensor was then integrated into a fabricated microfluidic PMMA flow cell containing a microchamber to encapsulate the wine samples. The samples were flown into the microfluidic chip using a peristaltic pump where the contents were sensed by the electrodes and analyzed using a potentiostat. 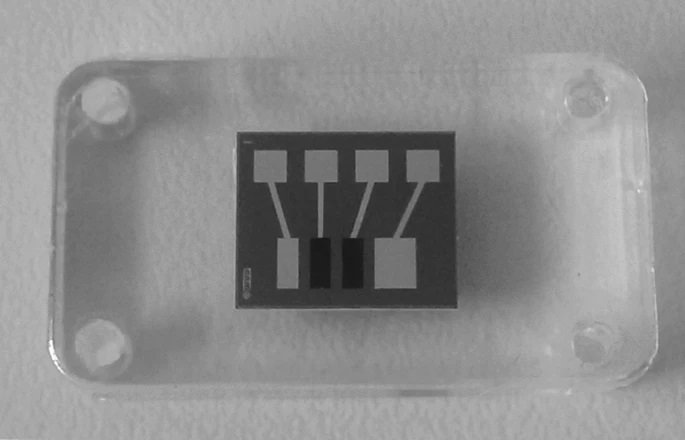 “As summary, the overall novelty of the proposed flow-system is twofold: (1) it has the ability to fully process the sample and the reagents required for the malolactic fermentation control, by using a low-cost and robust miniaturized PMMA flow cell. The design of the flow cell reduces drastically the complexity of current traditional tests, meaning in a method with a total analysis time of 5 min and a required sample volume of 125 μL per analysis. Besides, the automated flow cell avoids the human error and the potential contamination of barrels derived from the manipulation of the sample and reagents. (2) The flow-system integrates both l-lactate and l-malate sensors in the same chip, which allows the reduction of reagents and sample consumption.”, the authors concluded.

Read the original article: Compact analytical flow system for the simultaneous determination of L-lactic and L-malic in red wines