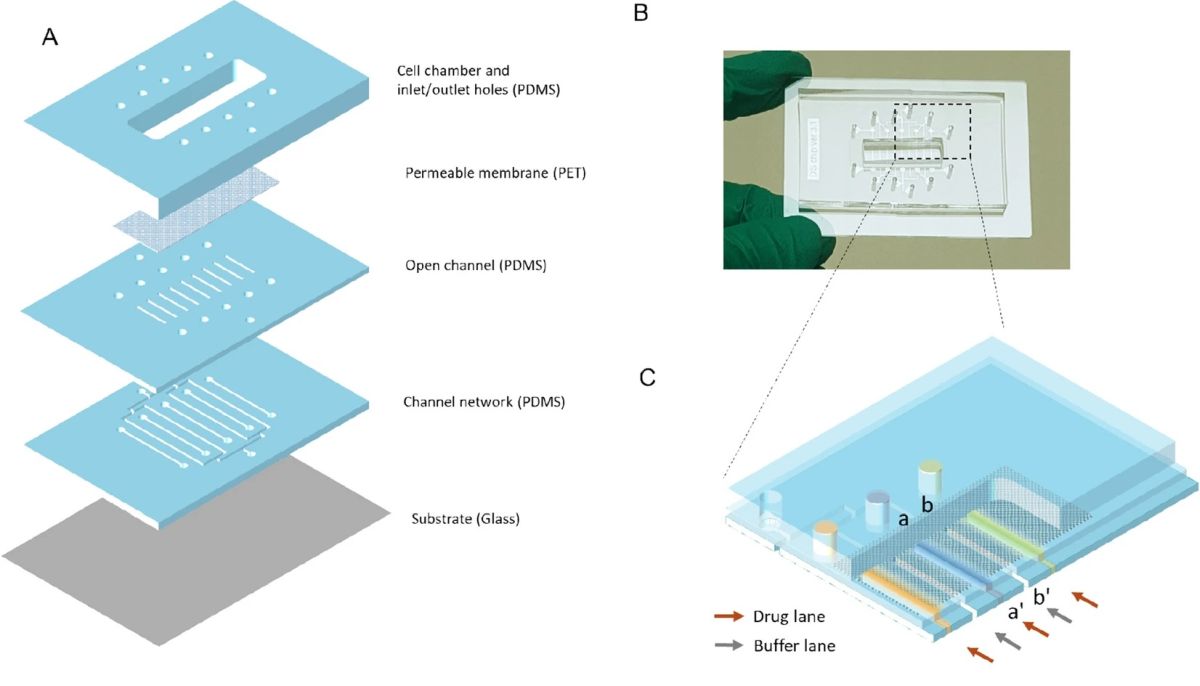 Posted at 17:34h in Latest Research by Pouriya Bayat

The pharmaceutical industry can see a significant boost by the development of in vitro models with better predictive potentials for drug toxicity screening. A biologically relevant in vitro model with tunable modalities can impact and shift the current drug toxicity screening paradigm. Drug testing can include devices or protocols for metabolism studies of the drug as well as the absorption of the compound. Additionally, microfluidics offers extensive capabilities for personalized medicine by providing platforms for multiplex drug testing. This is of even higher significance in screening and testing novel formulations for hard-to-cure diseases such as cancer. For example, a microfluidic chip capable of rapid anticancer drug efficacy testing on a small number of cells would be a significant leap towards individualization of the therapeutic regimen for each patient.

“In this work, we report on the design and development of a bi-parametric compact analytical flow system integrating two electrochemical biosensors that could be potentially applied in this scenario. The developed flow-system will allow for the first time the simultaneous measurement of both acids in real scenarios at the real-time and in remote way.”

The microfluidic device was made using PDMS and consisted of several layers. The top microchannel served as a cell microchamber with an open concept and was separated via a porous membrane from two channel networks. The whole PDMS chip was bonded to a glass substrate. The cells were pipetted through the top open microchannel and over the porous membrane and were given time to adhere. Next, an ECM gel was added to cover the cells and provide an in vivo-like environment for the cells. The bottom microchannels of this custom fabricated microfluidic chip were used to introduce the drugs and buffers. The microfluidic chip was shown to be able to test multiple drugs such as paclitaxel and doxorubicin using only a small number of cells (~10000) over 2 days. 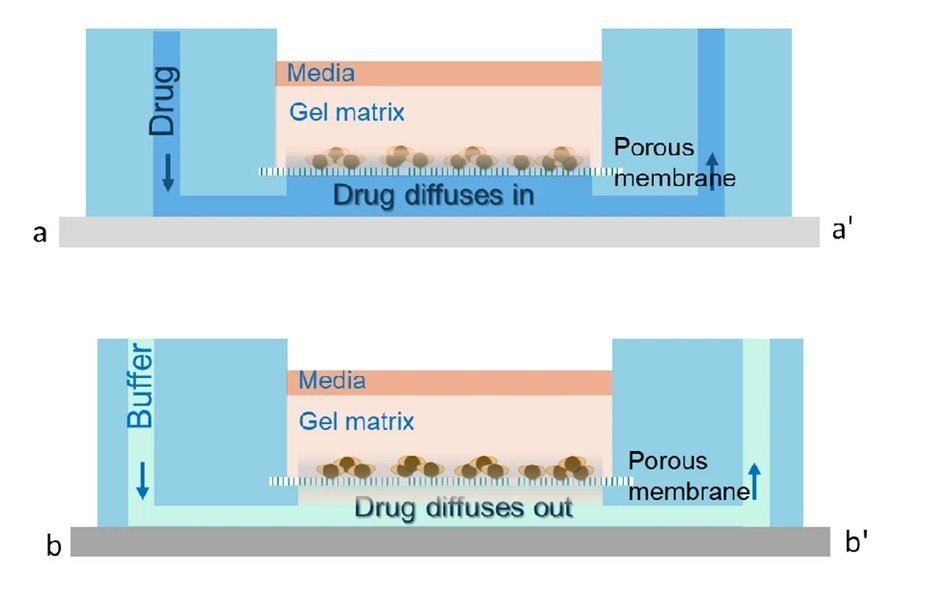 “Based on our findings, our platform can be used to rapidly assess drug potency, thereby enabling clinicians to determine an appropriate therapeutic regimen within ~ 2 days following tumor biopsy or resection. In addition, the potential use of real-time monitoring of cell viability was also demonstrated. Compared with commercial real-time monitoring platforms, which measure viability using an indirect assay49, the merits of our platform include the direct measurement of viability by staining cells at a single cell level and examining their morphology.”, the authors concluded.