Posted at 16:21h in Latest Research by admin

Researchers at the University of Leeds have developed a microfluidic chip for evaluating microbubble-assisted drug delivery to spheroids. The microfluidic device helped in creating a physiologically relevant in vitro condition for trapping and culturing tumor spheroids and subjecting them to microbubble guided drug delivery. The results of this study are published in the Journal of Controlled Release.

“The use of microfluidics to create in vivo-like rates of flow and shear stress further enhanced the physiological relevance of the 3D culture system. Indeed, several results observed throughout this paper could be attributed to the effects of flow-induced shear stress, and may provide further insight into the mechanism of these therapeutics in vivo.”

Tumors can resist drug penetration due to a variety of reasons such as interstitial fluid pressure. Physiological barriers in the tissue affected by the tumor make it difficult for the drug to reach the target site. Therefore, delivering drugs to tumors imposes a major challenge in cancer therapy. Also, a desirable drug delivery method should only target the affected part and avoid unnecessary interventions in other parts of the body. A potential solution for localized and noninvasive tumor drug administration is using microbubbles in a process called sonoporation. In this method, microbubbles circulate through the body and can carry therapeutic reagents. Ultrasound waves can focus on the part affected by the tumor and burst the microbubbles. This bursting leads to a temporary opening causing the drugs to be delivered to the target area.

Traditionally, the efficiency of microbubble guided drug delivery was conducted using 2D cell cultures that do not mimic physiological conditions, affect intercellular interactions, thus limit the relevance of the system. The 2D monolayer cell culture testing was improved by the introduction of 3D cell cultures such as spheroid. Although the spheroids are much more accurate than 2D cell culture, they are often tested in well-plates that provide a static environment and are not capable of mimicking the dynamic physiological condition of the body. The platform reported by the research team proposed can resolve this issue by immobilizing 3D spheroids in a microfluidic device and exposing them to a physiologically relevant flow of microbubbles carrying therapeutic reagents.

Design of the microfluidic device and working principle

The reported microfluidic device consisted of three main sections: Two long serpentine microchannels and a trapping microchamber. The serpentine microchannels were designed to regulate the flow rate and create a capillary-like flow. The reagents were delivered to the device using hydrostatic pressure rather than conventional syringe pumps (See microfluidic fluid delivery methods). The flow rate in the device was measured by tracking fluorescent beads to ensure physiologically relevant flow rates.

Design of the microfluidic device for spheroid culture and trapping. Reproduced under Creative Commons license. 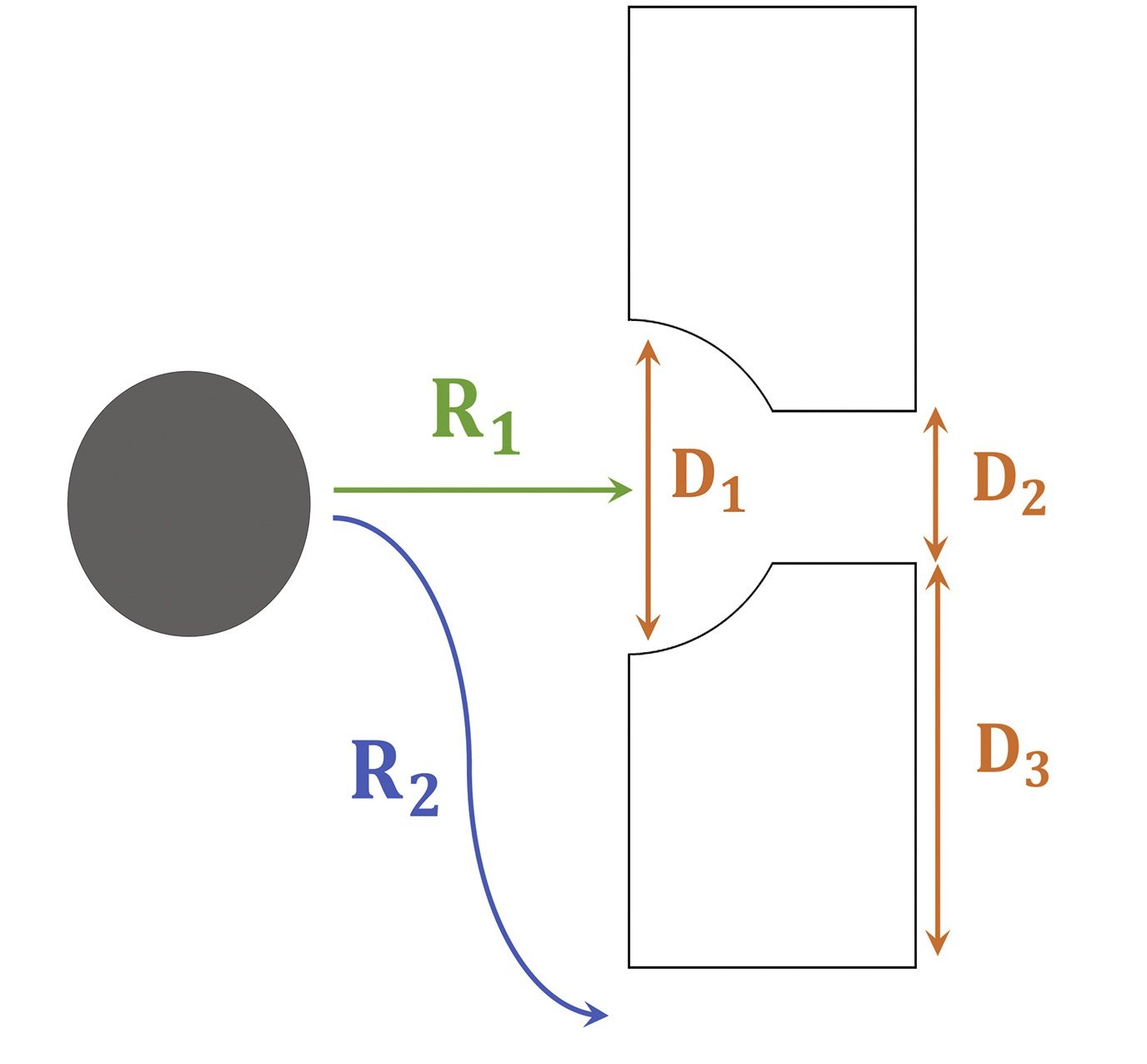 The middle microchamber of the devices was designed to trap the spheroids. In order to optimize the capturing of the spheroids, flow, and resistance around and through these traps need to be determined. The three dimensions shown in the image below (D1, D2, and D3) determine how the flow profile and the resistance ratio through and around the traps (R1 and R2). The traps were both computationally simulated and experimentally tested to find the optimal condition resulting in maximum spheroid capturing efficiency. The spheroid size, resistance ratios, and flow rates appeared to impact the capturing efficiency.