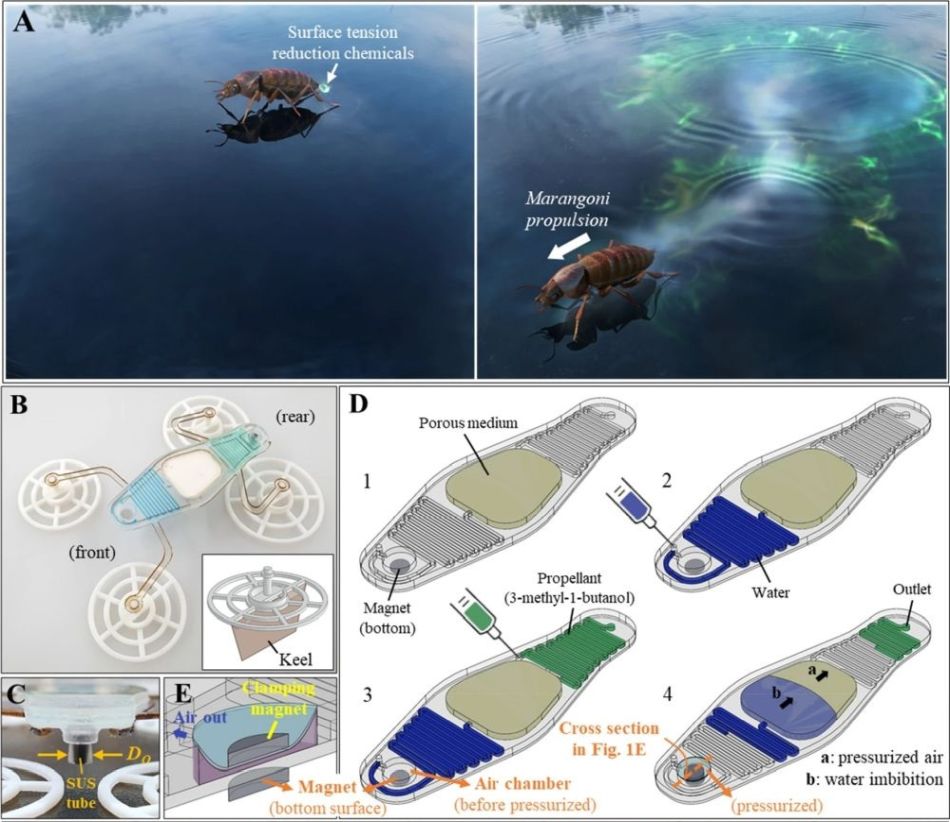 Posted at 13:32h in Latest Research by Pouriya Bayat

The modularity of microfluidics enables microfabricated microfluidic chips to be either used as standalone systems or integrated as subsystems into more complex systems. In this week’s research highlight, we will introduce one of these advanced technologies that employs a microfluidic pump for Marangoni propulsion in a self-propelled microrobot.

“Certain aquatic insects rapidly traverse water by secreting surfactants that exploit the Marangoni effect, inspiring the development of many self-propulsion systems. In this research, to demonstrate a new way of delivering liquid fuel to a water surface for Marangoni propulsion, a microfluidic pump driven by the flow-imbibition by a porous medium was integrated to create a novel self-propelling robot. After triggered by a small magnet, the liquid fuel stored in a microchannel is autonomously transported to an outlet in a mechanically tunable manner. We also comprehensively analyzed the effects of various design parameters on the robot’s locomotory behavior. It was shown that the traveled distance, energy density of fuel, operation time, and motion directionality were tunable by adjusting porous media, nozzle diameter, keel-extrusion, and the distance between the nozzle and water surface. The utilization of a microfluidic device in bioinspired robot is expected to bring out new possibilities in future development of self-propulsion system.”

The microrobot is shown below and works based on the Marangoni effect. This is triggered by using a PDMS based microfluidic chip that serves as a micropump delivering alcohol droplets to the outlet nozzle. The presence of the alcohol droplets at the interface with water causes a disruption in surface tension resulting in the propulsion of the microrrobot. 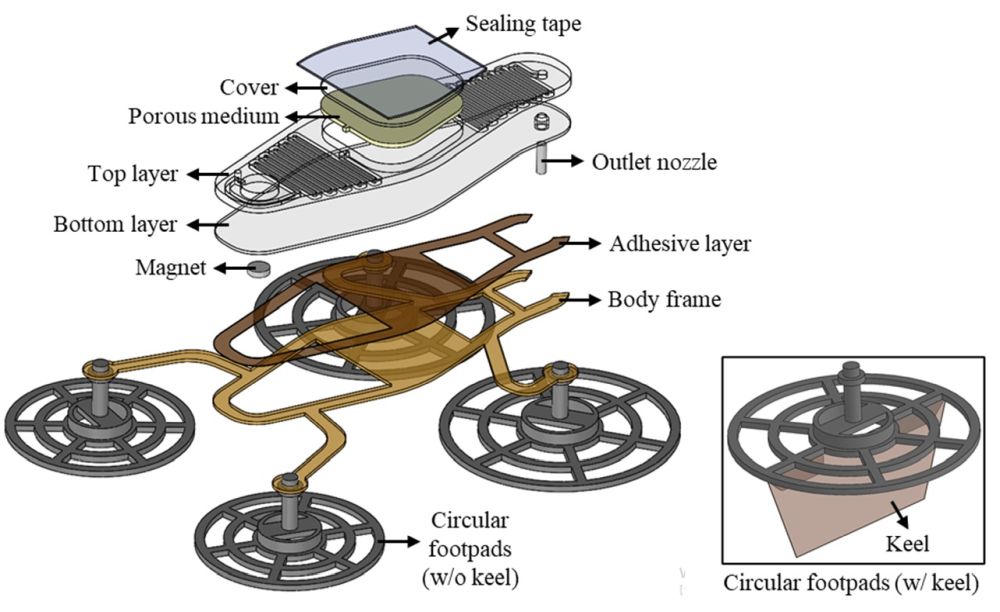 The microfluidic pump is composed of a chamber located in the middle of the chip connected to two microchannels on each side. A porous membrane is placed in the middle channel before sealing the microfluidic device. Next, water and alcohol (blue and green in the image below, respectively) are injected into the microfluidic chip. The water microchannel is connected to an air chamber which gets pressurized by activating two magnets. The attractive force between the magnets increases the pressure in the channel triggering water imbibition by pushing water towards the porous membrane. During the imbibition, the air in the porous membrane also gets pressurized leading to pressurizing the alcohol microchannel that in turn causes the outlet nozzle to shoot alcohol droplets. The alcohol droplets then disrupt the surface tension and propel the microrobot based on Marangoni effect. 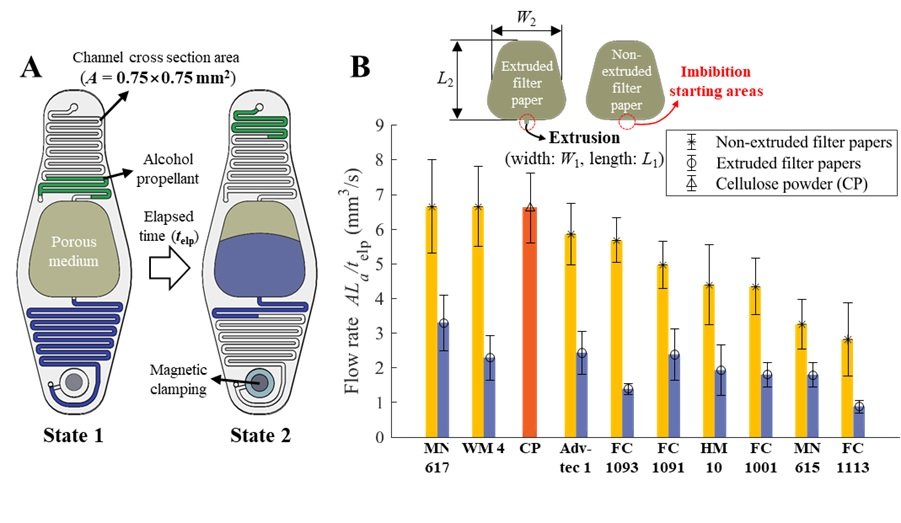 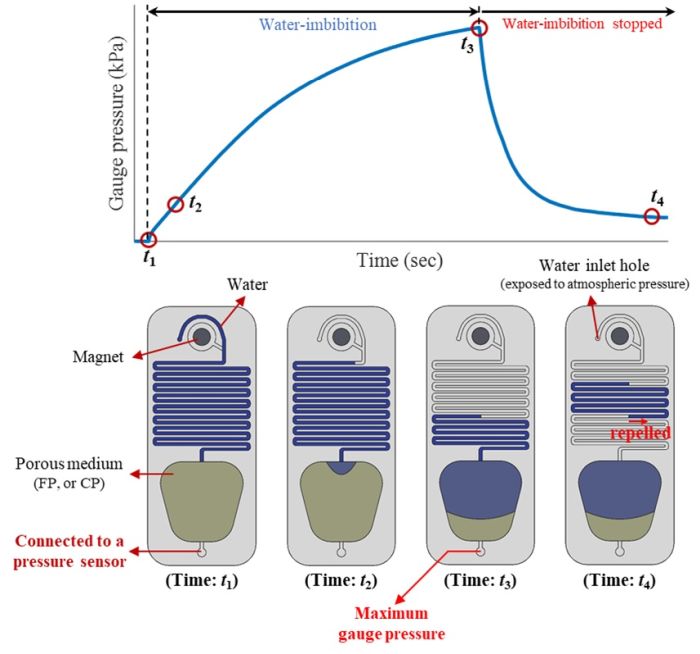