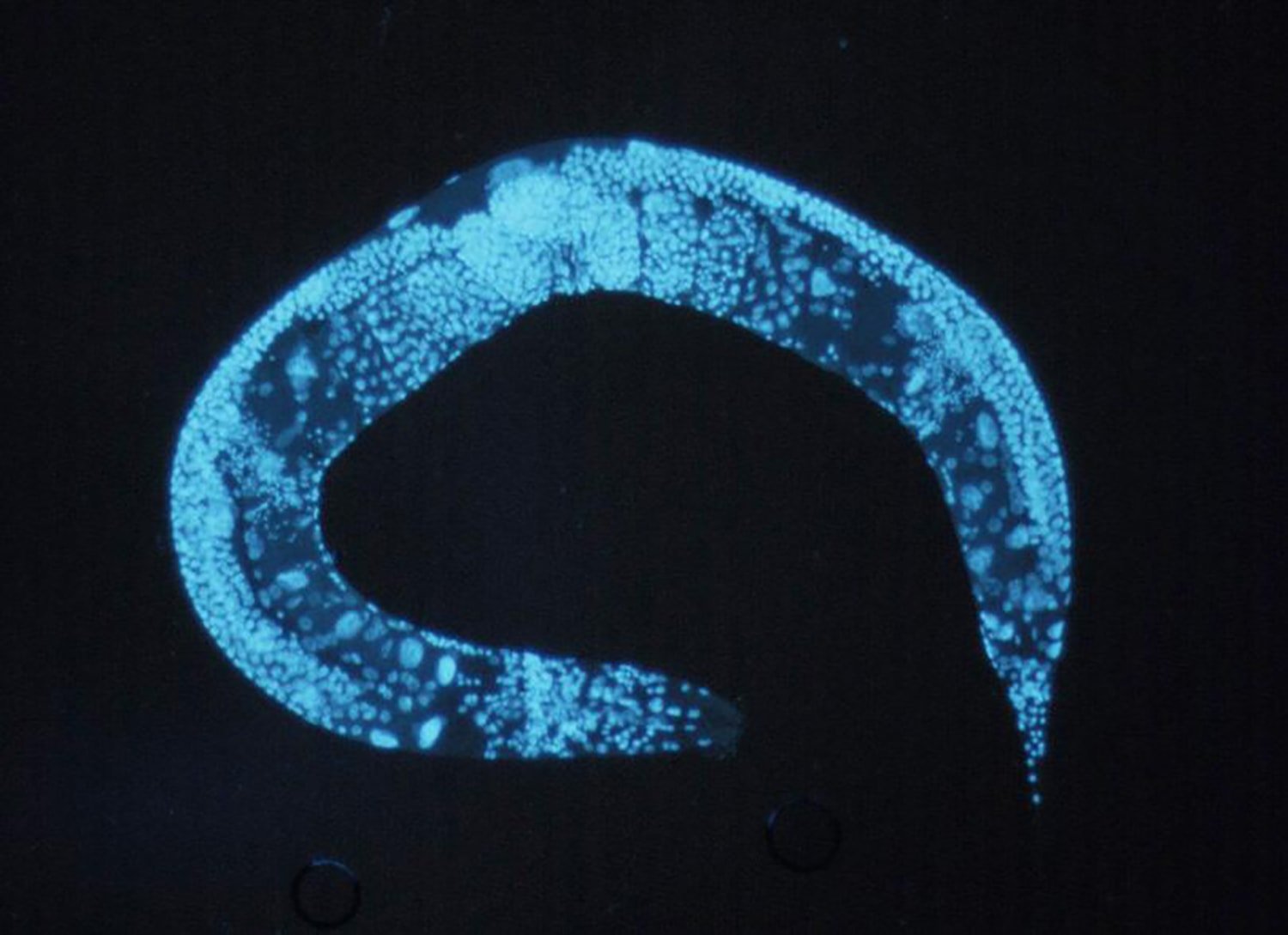 Posted at 17:19h in Latest Research by Pouriya Bayat

The short life span of the nematode Caenorhabditis elegans (C. elegans) and its quick maturation (72 hr after laying eggs) turns this worm into a suitable model organism for developmental biology and ageing research. Development and ageing studies of C. elegans can be insightful for neurodegenerative diseases such as Parkinson’s. There are various aspects of the worm that can be studied when it comes to developmental and ageing assays. For example, despite the simplicity of C. elegans, it shows complex decision-making processes. The worm can also manifest learning and memorizing behaviors. For instance, it can be conditioned in the presence of food to exhibit directional selection.

A research article recently published in Nature Scientific Reports has employed microfluidics to develop a worm-on-a-chip called NemaLife for the whole-life culture of C. elegans. The NemaLife features an optimized microchamber to recapitulate the longevity on agar plates as well as side microchannels and microsieves for feeding the nematode and removing the waste.

“Here we report an optimized microfluidic device, termed NemaLife Chip, for whole-life studies in C. elegans that addresses the limitations of agar-based approaches and microfluidic swim-chambers. The device has sieve channels to retain adults but enable progeny removal by fluid flow. Since previous micropillar devices have not been configured for life-long culture and survival outcomes, we optimize food concentrations and feeding frequency.”, the authors elaborated. 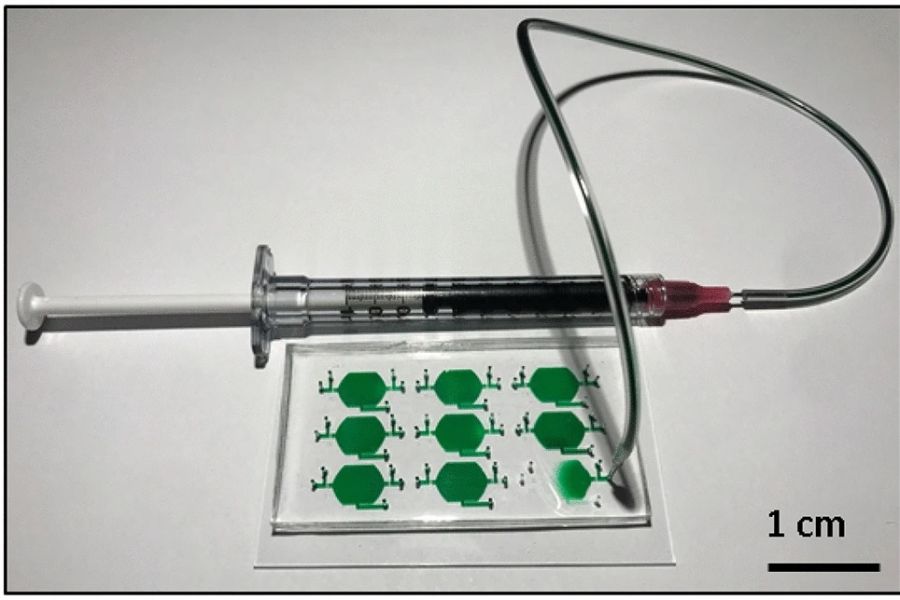 1- A microchamber for mimicking the plate-like behavior of the C. elegans. For this, a microchamber was designed with arrays of micropillars to recapitulate crawling. The micropillar arena is designed such that it is capable of accommodating the change in body size due to ageing. Additionally, the micropillars are optimized to maintain the worms in the microfluidic device while removing the progeny using a wash buffer. 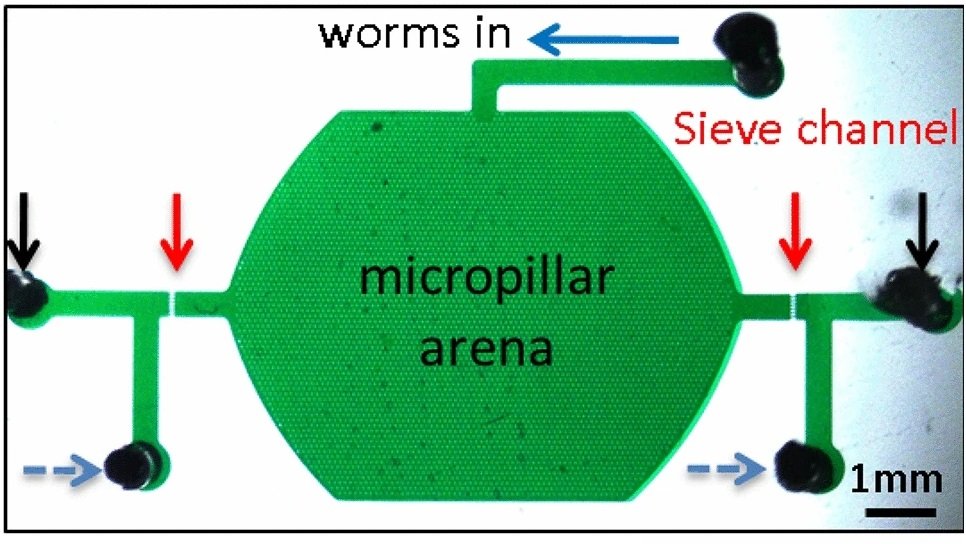 2- Multiple inlet and outlet ports and microchannels for introducing the worms to the microfluidic device in the first place as well as transferring E. coli solution for feeding the worms and removing the progeny.

3- Sieve microchannels on the sides are composed of narrow passages that allow the bacterial debris and progeny to be removed while the adult worms are kept in the microfluidic device.

The worms are introduced to the microfluidic device from the worm port (Solid blue arrow) which then gets closed. The inlet and outlet (Solid black arrow) are used to introduce E. coli and wash out the progeny. The side-ports, shown with dashed blue arrows, serve as vents and help in removing the bubble trapped in the microchamber during the incubation.

The microfluidic chip was shown to be able to recapitulate the worm’s longevity on conventional agar plates. The micropillars facilitated the natural crawling behavior of the worm and thus reduced swim-induced stress that is seen in worms immersed in liquid media.