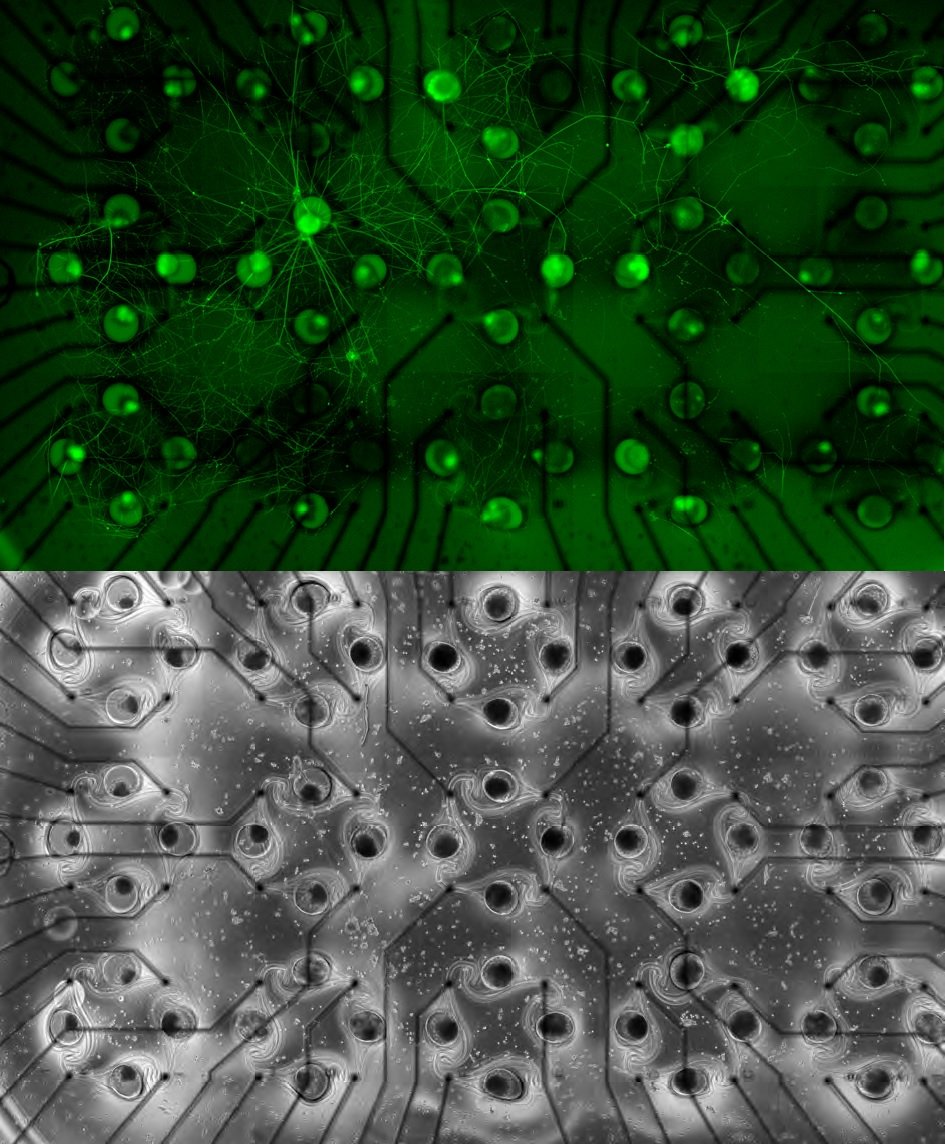 Posted at 17:49h in Latest Research by Pouriya Bayat

“Bottom-up neuroscience, which consists of building and studying controlled networks of neurons in vitro, is a promising method to investigate information processing at the neuronal level. However, in vitro studies tend to use cells of animal origin rather than human neurons, leading to conclusions that might not be generalizable to humans and limiting the possibilities for relevant studies on neurological disorders. Here we present a method to build arrays of topologically controlled circuits of human induced pluripotent stem cell (iPSC)-derived neurons. The circuits consist of 4 to 50 neurons with well-defined connections, confined by microfabricated polydimethylsiloxane (PDMS) membranes. Such circuits were characterized using optical imaging and microelectrode arrays (MEAs), suggesting the formation of functional connections between the neurons of a circuit. Electrophysiology recordings were performed on circuits of human iPSC-derived neurons for at least 4.5 months. We believe that the capacity to build small and controlled circuits of human iPSC-derived neurons holds great promise to better understand the fundamental principles of information processing and storing in the brain.” 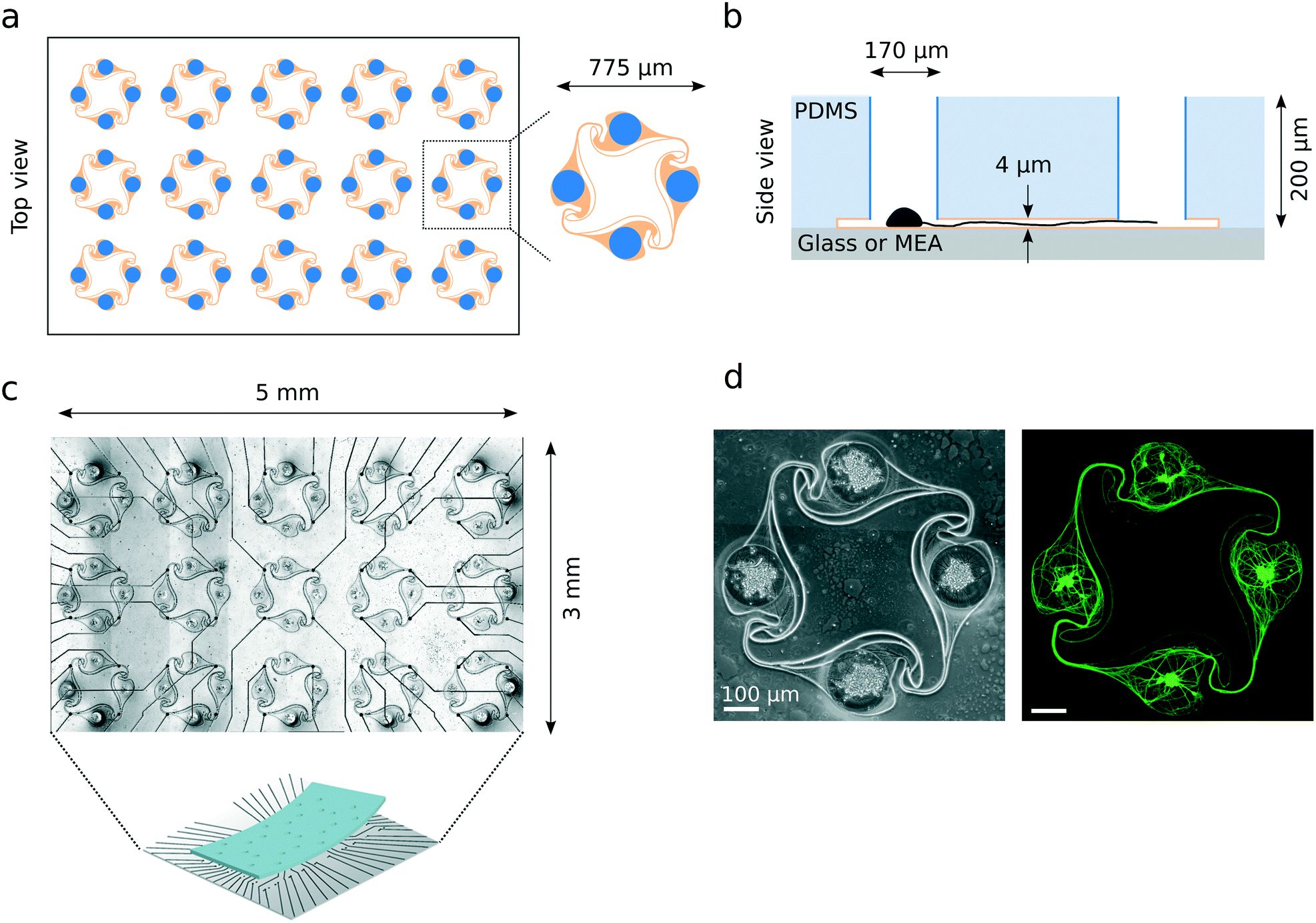 Overview of the PDMS microstructures used to build circuits of iNeurons with controlled axon guidance. (a) Top view of the layout of a typical PDMS microstructure, consisting of 15 circuits, with a zoom-in on one of the circuits. A circuit consists of four nodes (blue) connected by narrow microchannels (orange). The “stomach” shape of the channels allows for axon guidance, resulting in mostly unidirectional, clockwise physical connections between the nodes (see Fig. 5). (b) Schematic side view of two nodes (blue) connected by a microchannel (orange) where an axon is growing [not to scale]. The microchannels are too low for the soma to migrate into, resulting in the physical confinement of the soma in the nodes. (c) Micrograph of a PDMS microstructure with 15 circuits aligned to the 60 electrodes of a MEA. One electrode is positioned under each of the four narrow microchannels of a 4-node circuit, allowing to record from the axon bundle passing on top. (d) Example of a circuit of iNeurons cultured in a PDMS microstructure: phase-contrast (left) and fluorescently labelled iNeurons (right, stained with calcein AM). The soma can be identified as the brighter spots visible in the center of each node. Reproduced under Creative Commons Attribution 3.0 Unported Licence from S. Girardin, B. Clément, S. J. Ihle, S. Weaver, J. B. Petr, J. C. Mateus, J. Duru, M. Krubner, C. Forró, T. Ruff, I. Fruh, M. Müller and J. Vörös, Lab Chip, 2022, Advance Article.