Posted at 17:53h in Latest Research by Pouriya Bayat

“Our results demonstrate that MFBBs with different designs can be controlled and combined on a single FCB. Our novel modular approach to operating an automated microfluidic system for parallelized cell culture will enable greater experimental flexibility and facilitate the cooperation of different chips from different labs.”

The proposed model was employed to control three microfluidic large-scale integration (mLSI) chips with each including 64 microchambers. The same fluid circuit board was used to control a microfluidic block for microdosing. As proof of concept, the reported microfluidic platform was used for culturing HUVEC cells for multiple days. Although this microfluidic technology was mainly employed for cell culturing purposes, the idea can be extended to other microfluidic applications.

The research team took advantage of multiple materials for the fabrication of the fluidic circuit board and microfluidic building blocks as follows (refer to the above figure for the images): 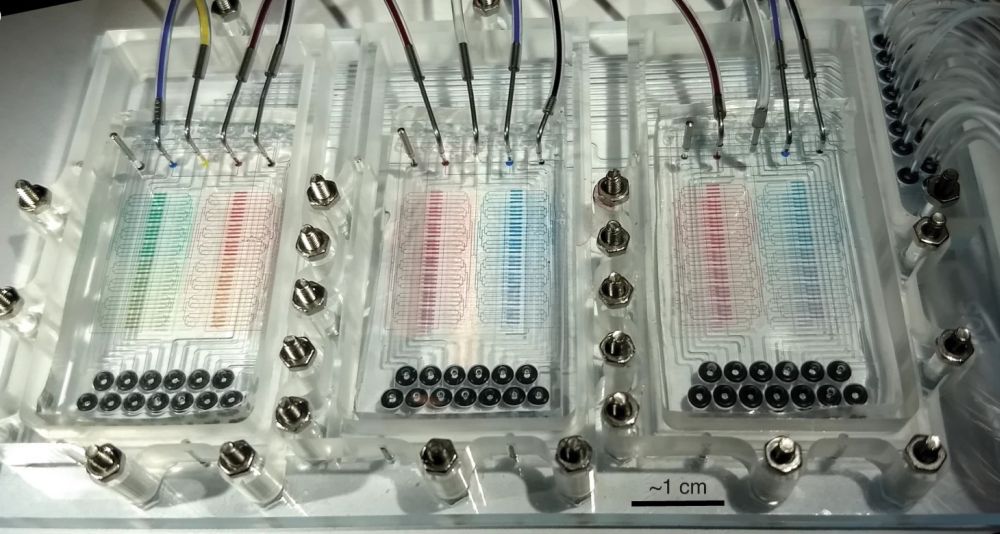 “The described platform consisting of the FCB and MFBBs is, to the best of our knowledge, the first modular plug-and-play system for mLSI chips. By integrating an MFBB enabler into the FCB, we can operate up to three of the same MFBBs in parallel or operate and combine different MFBBs with different operation protocols.”, the authors concluded.

Read the original article: Modular operation of microfluidic chips for highly parallelized cell culture and liquid dosing via a fluidic circuit board